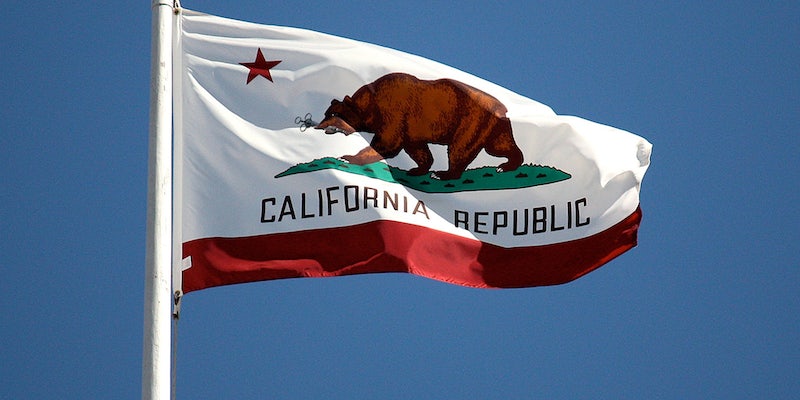 California is the first state to legally acknowledge nonbinary residents

Because not all people are either 'male' or 'female.'

Starting in 2019, nonbinary citizens across California can identify as nonbinary on their driver’s licenses, birth certificates, and other documents. The bill also allows parents to change their child’s gender marker on their birth certificate, so transgender children can have their official documentation updated while they’re still minors.

Requirements needed to change gender markers on IDs will be less strenuous under the new law, too. Now, transgender people will no longer need to receive a medical opinion—aka a letter affirming one has successfully undergone gender transitioning—to alter said markers. Nonbinary and transgender people won’t have to appear in court to change their gender markers, either.

“I want to thank Gov. Brown for recognizing how difficult it can be for our transgender, nonbinary, and intersex family members, friends, and neighbors when they don’t have an ID that matches their gender presentation,” the bill’s co-author Sen. Toni Atkins (D) explained, BuzzFeed News reports. “The Gender Recognition Act will eliminate unnecessary stress and anxiety for many Californians, and it exemplifies the leadership role that our state continues to take in LGBTQ civil rights.”

One possible reason residents will have to wait until 2019 for the changes is the bureaucratic red tape involved. BuzzFeed News notes that a DMV update to accommodate the nonbinary gender marker will cost $880,000.

California isn’t the first U.S. region to allow changes on their driver’s license, however. Washington, D.C. and Oregon both rolled out a nonbinary gender marker option earlier this summer. Other states may soon follow. But for now, California remains the first to legally acknowledge nonbinary gender options throughout the entire state, not just at the DMV. And for nonbinary citizens, that’s a major victory.