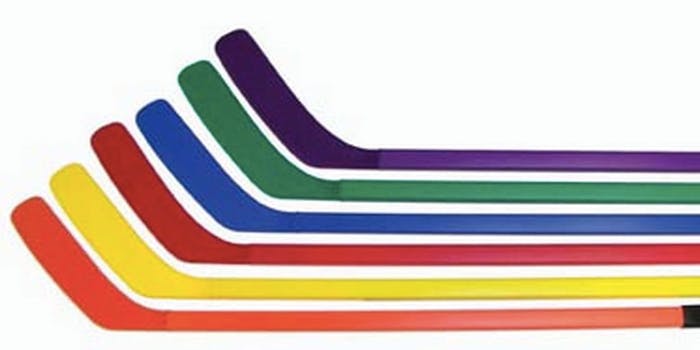 They were having none of it.

The main event of the annual Calgary Pride Week is a parade, which will take place on Sunday. Representatives from the Flames, the local NHL team, will be in attendance, but some fans are not so happy about it.

The team’s social media crew shared a post on Friday in anticipation of the big event. The Flames’ president of hockey operations, Brian Burke, is serving as the Parade Grand Marshal, and they wanted to share the exciting news.

Per usual, the trolls and bigots came out of the woodwork to say how disappointed they were in their team. Many of these comments have been since deleted, but Sammy Hudes, a journalist at the Calgary Herald, captured a few for posterity. 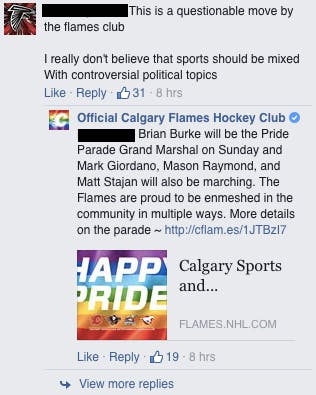 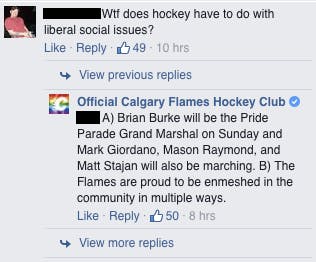 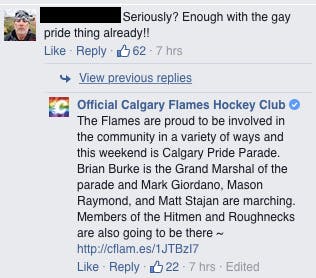 And when one fan complained that the team’s responses seemed canned, they fired right back. 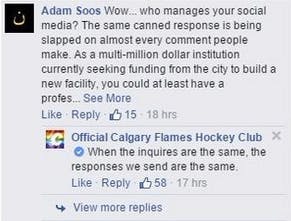 But by and large, the responses were encouraging—and gave hockey fans a good name. 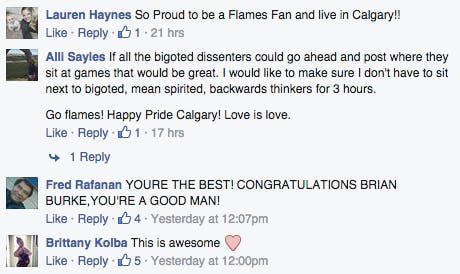 While many corporate Facebook accounts like to stick to the straight and narrow, some have recently felt emboldened to get sassier with followers who insist on taking the wrong side of history. A faux Facebook account for the Target retail chain took aim at customers who were upset by the store’s new gender-neutral policy for some children’s items. Official store reps deleted these comments but soon delivered an approving nod to the trolls.