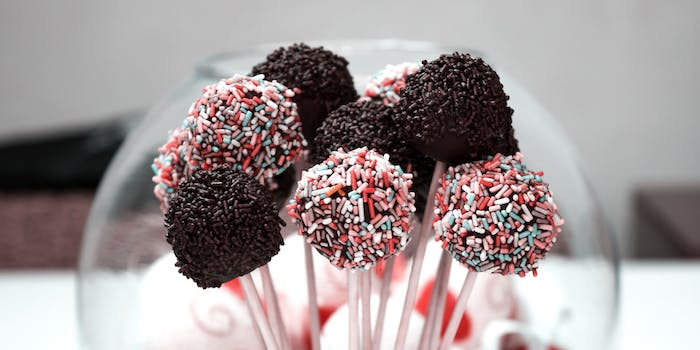 'There is nothing a woman can go viral for that will not result in an avalanche of misogyny.'

After romance author Alisha Rai sparked a dating etiquette debate with a tweet about cake pops, she was a target for harassment online.

The tweet detailed an instance in which her Starbucks date bought two cake pops for himself, and she was mistaken when she thought he would share.

“Yesterday I met a guy for coffee and he asked what I’d like to drink and went and fetched the order,” Rai wrote. “And he came back with two cake pops and I was like, ‘aw that’s cute!’ and then he ate them both. In front of me.”

After her tweet gained traction, Rai began receiving both wholesome and disturbing DMs and emails.

“I peeked into my DMs and it seems to just be a string of men offering to buy me a cake pop,” Rai wrote. “Look, as far as dm slides go, this is extraordinarily wholesome. Less dick pics, men, more cake propositions.”

In an anonymous email, someone posing as “Jake from State Farm” criticized her for not purchasing her own cake pop.

“Wait, wait, wait,” the anonymous sender wrote. “Aren’t you a strong and independent woman?? Earning her own money LMAO. You women are nothing that solipsistic, narcissistic, Machevellien self entitled assholes who suffer from some form of a cluster B mental disorder. No wonder why good men like me and others are walking away from relationships and marriage.”

“Oh no,” Rai wrote. “I scared such a good man like Jake away from relationships on account of being a greedy cake pop fiend. Sorry ladies. What a loss. :(“

Once Rai’s tweet was picked up by news outlets, her story was interpreted in different ways. Some found the story funny, while others chose to paint her as a misandrist.

“I mean, apparently Fox News featured the tweet with the headline ‘HE IS A MONSTER” citation: me, so I also assume they didn’t have to look far once they logged on,” Rai wrote in a tweet.

The main takeaway? Trolls are everywhere.

“Truly, there is nothing a woman can go viral for that will not result in an avalanche of misogyny, not even a facetious tweet. About dessert etiquette,” Rai wrote.

In an interview with BuzzFeed, Rai said most people took her tweet “the way she’d intended, as a joke.”

“They were flooding my Instagram, my Twittter, my Facebook,” Rai told BuzzFeed. “They were sending me emails, death threats, and rape threats. They were screenshotting my body and drawing on it and stuff.”

Rai’s incident inspired women to share their own experiences of harassment after going viral.

However, some of the reactions to #CakePopGate, as Rai has dubbed it, are in fact positive—funny, even.

“So you grabbed the cake pop sticks and stabbed him, right?” Twitter user @adoptiveblkmom wrote. “That seems first bad date stab worthy to me.”