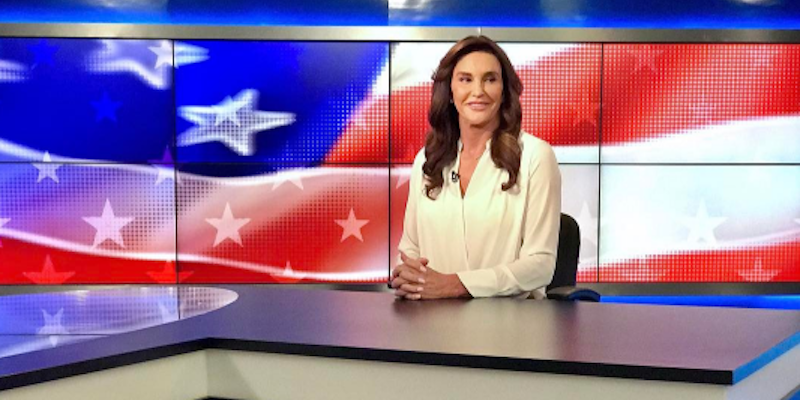 And she may become the first openly transgender Republican nominee for the Senate, too.

Sen. Dianne Feinstein is up for reelection in 2018, and she hasn’t declared whether she wants to remain in the U.S. Senate for another term. But in the meantime, former Olympic star and openly transgender woman Caitlyn Jenner is considering a Republican campaign for Feinstein’s seat.

Jenner says she’s considering running for the 2018 election, as a Republican candidate for notoriously liberal California. In order to consider her options, Jenner is currently meeting with U.N. ambassador Nikki Haley to discuss the LGBTQ community on an international scale. If she runs, Jenner wants to push the Republican Party in a more socially liberal direction, embracing LGBTQ Americans while also maintaining the GOP’s focus on conservative spending and small, libertarian government.

“I hope to change the perception of the Republican Party and make it the party of equality,” Jenner said, the Los Angeles Times reports.

Jenner isn’t quite sure yet if she wants to run, however. She’s just considering the opportunity as she thinks about her role on the larger national scale. She told New York radio station AM 970 that she would figure out her plans within the next six months.

“I gotta find out where I can do a better job,” Jenner said, the Times reports. “Can I do a better job from the outside, kind of working the perimeter of the political scene, being open to talk to anybody? Or are you better off from the inside, and we are in the process of determining that.”

Caitlyn Jenner wouldn’t be the first openly transgender woman to run for Congress, however. In 2016, transgender women Misty Snow (D-Utah) and Misty Plowright (D-Co.) were both nominated to run for the U.S. Senate and House of Representatives by the Democratic Party. Earlier this year, Rep. Paul Ryan’s challenger for the 2016 elections also came out as a transgender woman, changing her name to Rebecca Solen. But if Jenner were to run, she would be the first openly transgender Republican woman running for Congress, which would be a rare feat in the current American political climate.