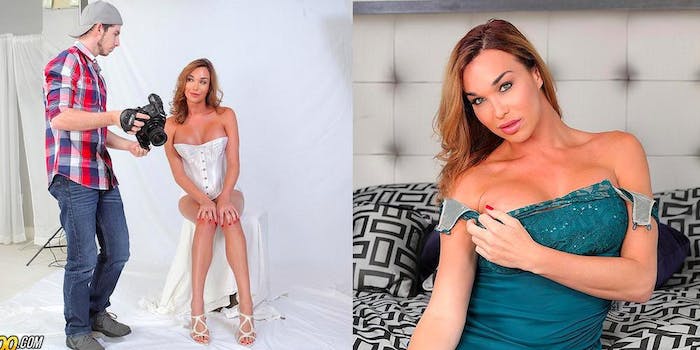 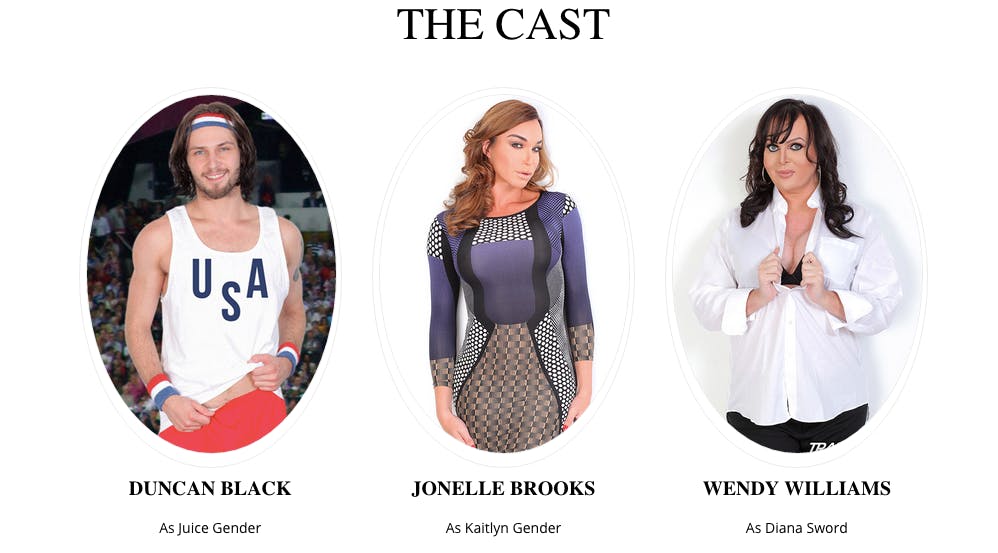 Hope you are having a great Sunday! pic.twitter.com/HaeaAACCNX

Alas, as Jamie Peck from Death and Taxes points out, on closer look “Kaitlyn Gender” doesn’t seem as offensive as it might on first glance. It has a trans actress playing a trans role, something that even Hollywood can’t seem to figure out. Brooks also appears to have a penis, challenging the idea that trans identity isn’t simply about genitalia. So, it could be much worse. At least it’s not depicting things like “ghetto gaggers” or “wild boars fucking women.”

Kaitlyn Gender is slated to be released on September 24, but you can preorder a copy of the DVD for a mere $29.99.