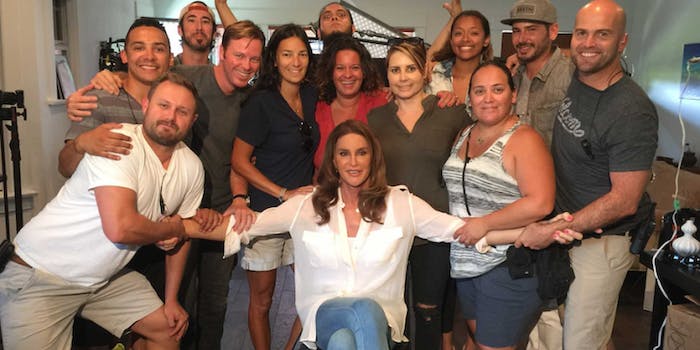 'There was a time when I didn’t realize how important it is for gay couples to have the right to get married.'

In June, Caitlyn Jenner introduced herself to the world. Since then, she has been warmly embraced by America, and the LGBT rights community in particular. Still, the former Olympian and I Am Cait star has gotten pushback for not supporting marriage equality until recently.

On Monday, Jenner shared the ways in which her views have evolved, including a change of heart about same-sex marriage. The post began with some context about acceptance from her newfound community and the way it made her look at other marginalized groups. She writes:

“First of all, I’ve never experienced acceptance quite like that I’ve received from the transgender community. Even though my experience is far from the norm, this group of people has welcomed me with open arms – and I am eternally grateful to them.”

Despite Jenner’s quick adoption into the trans community, she herself was not as quick to adopt the general values they espoused.

In her first sit-down interview during her transition with Diane Sawyer, she admitted that, much to the shock of the LGBT community, she is a Republican. At the time of the interview, the Supreme Court had yet to make it’s ruling on marriage equality. But advocates knew the vote was imminent.

When Jenner appeared on The Ellen Show earlier in September, people were surprised to hear that she was still not gung-ho about the right for all Americans to marry, even after the SCOTUS declared it was “so ordered.”

But her recent blog post revealed that she had the change of heart that the LGBT community had been waiting for.

“While I’m far from perfect and will make some mistakes along the way, I’ve made it my life goal to help the wonderful people in this community. Trans rights are about 30 years behind gay rights (and look at the incredible progress we’ve made there!),” she writes. “We’ve got a lot more work to do in the trans community, but we’re getting closer. As Chandi [Moore] reminds me, “We have to save one soul at a time.”

Jenner continued that she has only recently embraced being different and realized that it’s a great thing:

“Like many people, there was a time when I didn’t realize how important it is for gay couples to have the right to get married. But after hearing from my gay friends and learning more about the hardships they faced because of discrimination, it became clear to me that everyone should be able to marry the person they love.”

She added, “I can only hope that by sharing my story, there’s someone out there whose mind has been changed about trans people.”