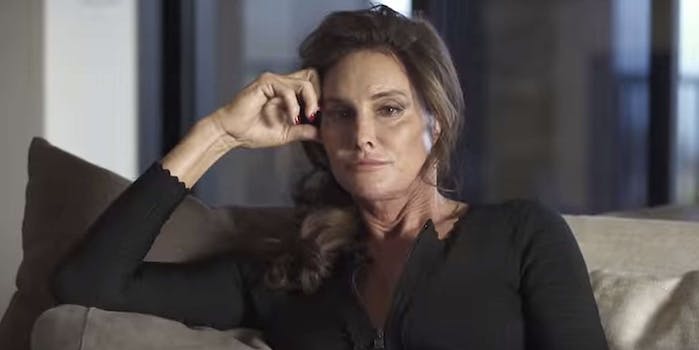 Both the right and the left can agree her punchline was tasteless.

After cracking a joke about the Virginia shooting that left Republican Rep. Steve Scalise in critical condition, both left- and right-wingers are furious over Caitlyn Jenner’s actions and sense of humor.

On June 16, Jenner spoke to a crowd at the College Republican National Committee convention, sharing her sadness for the victims—and joke about shooter James T. Hodgkinson’s aim.

“Nobody deserves what happened out there,” Jenner said. “Fortunately the guy was a really bad shot… liberals can’t even shoot straight.”

The convention’s attendees proceeded to laugh at Jenner’s joke, giving her a round of applause. And since press were closed from attending, it seemed like Jenner’s quip would stay at the convention. But the College Republican Federation of Virginia posted a recording of Jenner’s talk on Facebook, and the internet quickly responded.

Like with many of Jenner’s controversial talking points and behaviors, people are suggesting that her fame and wealth has numbed her sensitivity to those less fortunate. Some argue that Jenner is chasing after the Republican Party, searching for acceptance among a group of politicians that are actively trying to strip away transgender rights.

Others point to the fact that Caitlyn Jenner was almost charged for manslaughter after her SUV slammed into actress and activist Kim Howe’s car, killing Howe in a multiple-vehicle collision on the Pacific Coast Highway. They suggest that Jenner has no right to joke about life and death.

While many transgender activists think Jenner does more harm than good for the trans community, they also stress that critics shouldn’t take cheap shots by using incorrect pronouns. Misgendering Jenner harms other trans people by turning a person’s gender identity into something that’s conditionally respected based on their actions or behavior.

Is Caitlyn Jenner privileged, tone deaf, and out of touch? 100%

But why is her gender the first attack people take? Even liberals?

Most of all, Twitter agrees that Jenner should step aside from the public spotlight and let other transgender women share their stories.