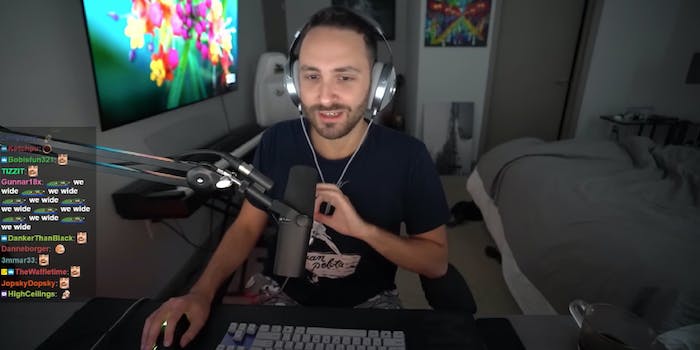 He tweeted about the state of his mental health shortly before his death.

World of Warcraft pro Byron “Reckful” Bernstein died by suicide at 31 years old on Thursday, according to his ex-girlfriend, who confirmed the news on Twitter.

“Ahh, I feel bad for anyone who has to deal with my insanity,” Bernstein tweeted shortly before his death. He also tweeted, “Please just know in these situations the insane person does not feel in control of their actions.”

His ex, Blue Madrigal, also known as BlueGoesMew, posted a cryptic tweet announcing that someone close to her died by suicide.

Her followers speculated that it was Reckful, leading her to confirm. “Yes, it’s him. He’s gone.” Madrigal responded.

She later posted a video of two, writing, “Byron, I wish I could have helped you. We all do. I’m so sorry I couldn’t. Thank you for being a part of my life. Love you always.”

Slasher, along with multiple publications, has also confirmed Bernstein’s death.

Many of Bernstein’s fellow gamers expressed their sadness on social media. Dennis “Cloakzy” Lepore tweeted, “I’m just crying idk what to even say or do I wish I could of done more.”

Reckful was open in talking about mental health and his struggle with depression.

“I thought my depression was impossible to fix… that was keeping me stuck,” he wrote back in 2018. “Believe change is possible. you aren’t locked to your current reality.”