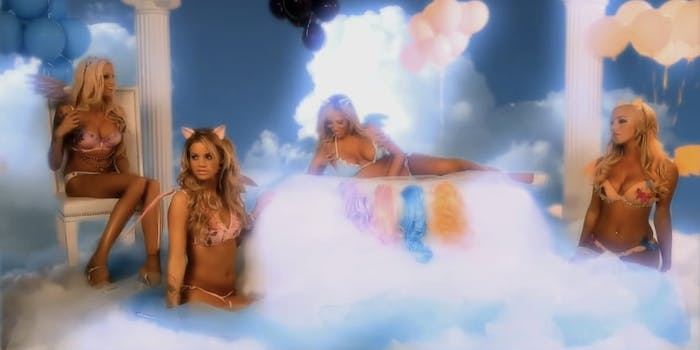 If friendship is magic, bronies should be behind the new film, right?

In Magic Pony Cloud Land, Tasha and her friends discover that if they obtain “unicorn love juice” from the centaurs who currently reign over the kingdom, they can stay ponies forever. How do they obtain the centaurs’ love juice? Your guess is as good as mine! (Actually, it isn’t. I watched the movie in its entirety, so I know that they get it from having sex with them.) 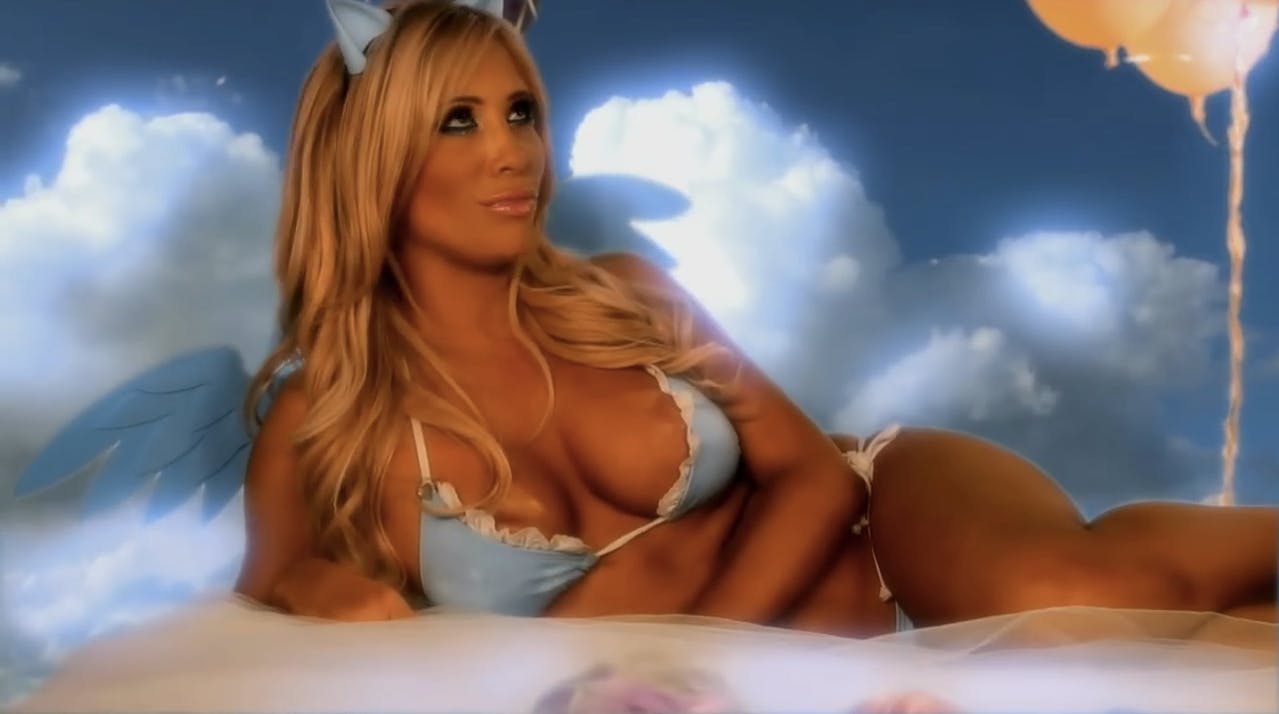 While admittedly light on plot, Tasha’s Pony Tales is one of the most charmingly bizarre adult films I’ve ever seen (the multicolored tails in particular are totally adorable). While it certainly seems to live up to its reputation as “the adult industry’s first-ever brony-themed movie,” it’s not quite that: Reign says she was inspired to make it after reading Anne Rice’s Sleeping Beauty trilogy. “It’s all about pony play and this whole kingdom and these princesses that are all dressed as horses, and I thought it was the sexiest book I ever read,” she says.

Reign launched her pony plug line (they come in four colors: yellow, pink, blue, and purple) as an homage to Rice’s series, and Tasha’s Pony Tales was conceived as a tie-in to the sex toy product. But Reign admits that she was inspired in large part by My Little Pony, and by a desire to tap into the brony market.

“Cloppers take an innocent show and twist it around to strip it of its innocence like a rapist easily strips a woman of her virginity. … There is nothing worse in the fandom than a Clopper,” one brony wrote in a Debate.org forum. “They ruin the fandom. They ruin the community’s public image, and they think its funny/normal.” 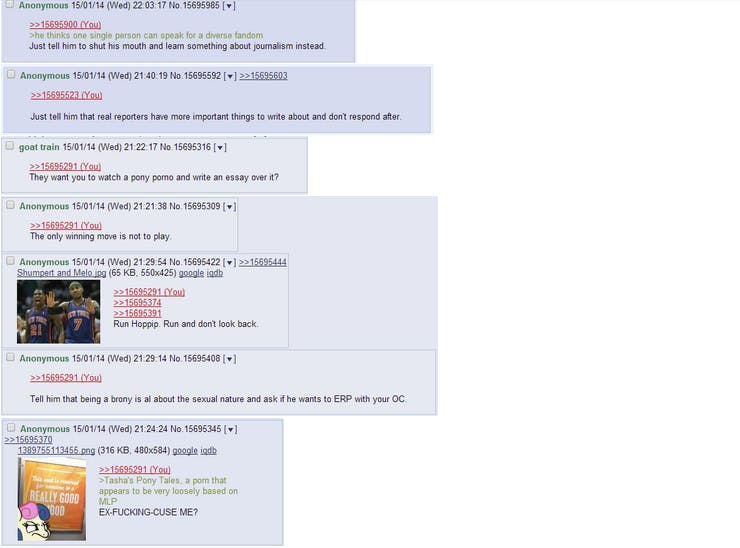 Not all MLP fans have reacted negatively to Tasha’s Pony Tales. “The first thing I thought when I finished Equestria Girls [A SFW, MLP animated film] was ‘Man, if only it had centaur love juice acquisition as a sub plot, then it would be perfect!,’” one commenter wrote on fan site Obsession Is Magic. “As you can imagine, I’m quite pleased.”

While she says she hasn’t yet heard from bronies about her film, Reign understands why they would be hesitant to watch it or discuss it publicly. “They seem like they try to stay away from the sexual aspects of their fandom, because I feel like they think if they bring sexuality into it, people will judge them and say that’s what being a brony is all about, when it’s just an aspect of being a brony,” she says.

But she’s hopeful that they find the movie of their own volition, and find it as “playful, fun, and sex-positive.” An equestrian-themed fantasy as she intended it to be.

“People are close-minded. They shut themselves off to what they don’t understand,” she says. “But when you have the little ears on and the tail and stuff, there’s something very playful and submissive, at least for me, about dressing up in that type of gear. I think people love feeling like they’re somebody’s pony.”