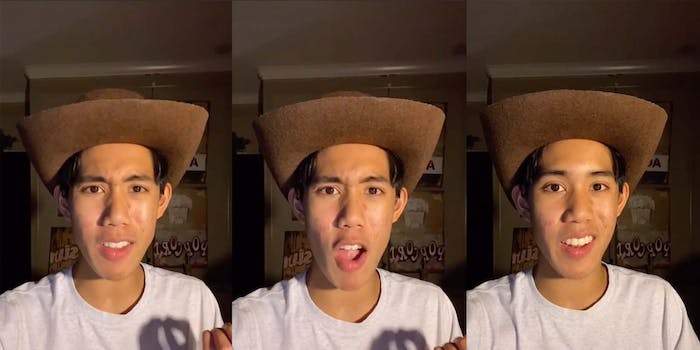 ‘Boost this to get more people to know’: Zoomers just discovered the Brock Turner case on TikTok

“This is dead-ass serious,” says TikTok user @AsianLefty, instructing viewers to not scroll past his video.

He then begins to share the story of Chanel Miller’s assault in 2015, and the trial proceedings that sentenced her assailant, Brock Turner, to six months in prison and three years probation after he was convicted of three counts of felony sexual assault. Turner ultimately only served only three months.

@AsianLefty goes on to analyze the rationale of Judge Aaron Persky and Turner’s father and comments on Turner’s white privilege. He doesn’t mention that Chanel Miller remained anonymous and was known to the public as Emily Doe up until 2019.

Miller was assaulted by Turner behind a dumpster at Stanford University. Two cyclists saw the incident, and after Turner attempted to run away, the cyclists tackled him until police arrived.

At the trial, Miller read a letter to Turner that expressed the harm he did and how she was made to feel that being assaulted was her fault.

In 2019, in advance of the release of her memoir, Know My Name, Miller revealed her name. Now, at 27, she is a writer and artist.

The TikToker’s video on the case was viewed nearly 800,000 times since being posted on June 14.

Comments on @AsianLefty’s viral video range from enraged to annoyed. For many of the platform’s younger users, @AsianLefty’s video was the first time they heard about the case, which made headlines and prompted public outcry at the time.

“What can we do to help???” commented @Soullingg. @AsianLefty’s response said that “this is a pretty old case with very few petitions open,” so viewers would “boost this to get more people to know.”

@AsianLefty’s response is indicative of Gen Z’s gravitation toward petitions to generate awareness. “By participating in online activism, teenagers are helping change the world,” writes the Borgen Project’s Jacquelyn Burrer in a blog post about Gen Z’s online activism, “a feat no other generation has accomplished before.”

A comment from @Grace_The_Unicorn888 references what they think is a delayed outcry regarding the case. “The fact that it’s now just coming up is ridiculous,” the TikToker said.

In response to commenters asking when the case occurred, @Grace_The_Unicorn888 wrote, “I remember my mom talking to me about it when I was in my freshman year which was three years ago.”

The Daily Dot has reached out to @AsianLefty and Chanel Miller.