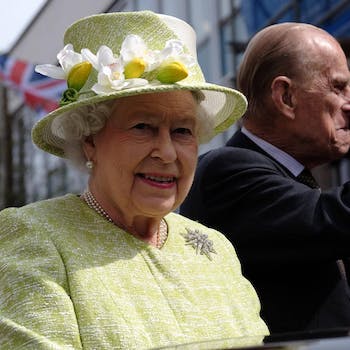 Tips for the queen’s new head of social media

The British monarchy is looking for someone to lead its digital engagement team.

Queen Elizabeth II, at just a day over 90, is looking for a new social media manager.

The Royal Household’s communications department is seeking someone to join their “fast paced and dynamic team” (absolutely the words you associate with “monarchy”) to cover state visits, award ceremonies, and other royal doings in new and interesting ways. If you’re applying, here are some things I think we’d all like to see from the royals’ social media.

The queen owns four corgis (as pictured in one of her new portraits), and yet a quick scroll through the British monarchy’s Instagram shows not a single other corgi photo. Do they even know what the Internet is like? It’s mostly corgis. It’s very nice that the queen is shaking hands with all these dignitaries, but get those dogs in there.

The queen’s hat game is on point, so there should definitely be far more hat photos happening.

The Queen visits the @princestrust Centre in Kennington, London with The Prince of Wales, to mark the 40th anniversary of The Prince’s Trust – since its formation in 1976 the Trust has helped has transformed the lives of more than 825,000 young people. 📷 Press Association

3) Let the queen speak for herself.

Sure, she’s 90 and very wealthy, but perhaps she’d like to manage her own Facebook page! If not, maybe just have her post her own words instead of this clumsy nonsense.

5) 50 percent fewer photos of Prince William, who’s looking too much like Prince Charles these days to be cool.

These “royal blizzards” in honor of the queen from Dairy Queen are a great start, but you can absolutely do more. A french-fry crown from Burger King? A permanent residence at White Castle?

7) WOULD IT KILL YOU TO HAVE SOME SORT OF PRINCE TRIBUTE UP THERE. I MEAN THE MAN JUST DIED AND HE WAS BASICALLY ROYALTY. HIS  NAME WAS PRINCE! HIS COLOR WAS PURPLE!

From Baker Street to Buckingham Palace, Benedict Cumberbatch received his CBE (Commander of the Most Excellent Order of the British Empire) from The Queen today #investiture Photo ©Press Association

10) A quirky explainer video of just how the hell everyone is related.

If you’re going to have a sped-up video of the queen standing in a limo, might as well go all the way.

The Queen’s view of her 90th birthday celebrations as she travelled through the streets of Windsor today in the State Review car accompanied by The Duke of Edinburgh. #Queenat90