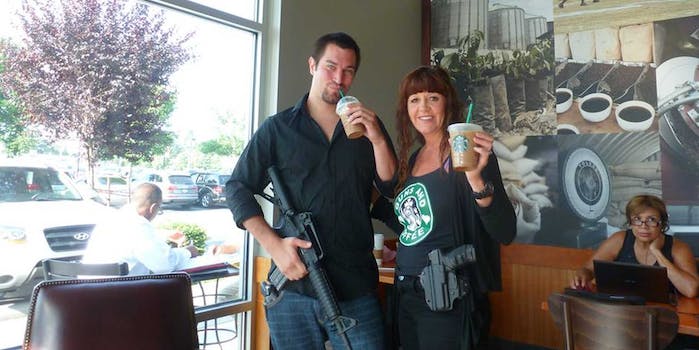 Today was Bring Your Gun to Starbucks Day

The event was organized by the popular Facebook group "Gun Owners."

If at any point today you go to Starbucks and notice some person carrying a firearm, don’t freak out. Chances are they’re not there to stick up the joint. Instead, they are likely at the coffee place as part of “Starbucks Appreciation Day,” an event put together by the Facebook page “Gun Owners.”

According to the group’s organizers, they set up the event to patronize the coffee chain because they’ve held their ground on their willingness to permit customers to bring their guns into the store if state law allows for it.

“We ask that if you choose to carry a firearm during this event that you follow all local, state, and national laws; and if you choose not to carry that you wear pro-gun rights apparel.”

Of the close to 11,500 people invited, more than 3,000 confirmed that they were participating. Gun Owners has more than 200,000 total likes on Facebook.

This “standing up” most likely refers to a March 2010 press release issued by the Seattle-based company that outlined their stance on “Open Carry Gun Laws.”

“While we deeply respect the views of all our customers, Starbucks’ long-standing approach to this issue remains unchanged,” the statement reads.

“We comply with local laws and statutes in all the communities we serve.  That means we abide by the laws that permit open carry in 43 U.S. states.  Where these laws don’t exist, openly carrying weapons in our stores is prohibited.  The political, policy and legal debates around these issues belong in the legislatures and courts, not in our stores.”

Over at the event page, both proponents and detractors of gun rights have broken out in arguments.

“Never been a big starbucks fan—that changes today,” proclaimed one Second Amendment advocate. “Any company willing to openly promote 2nd amendment rights in the face of the gun control freaks will earn my business.” 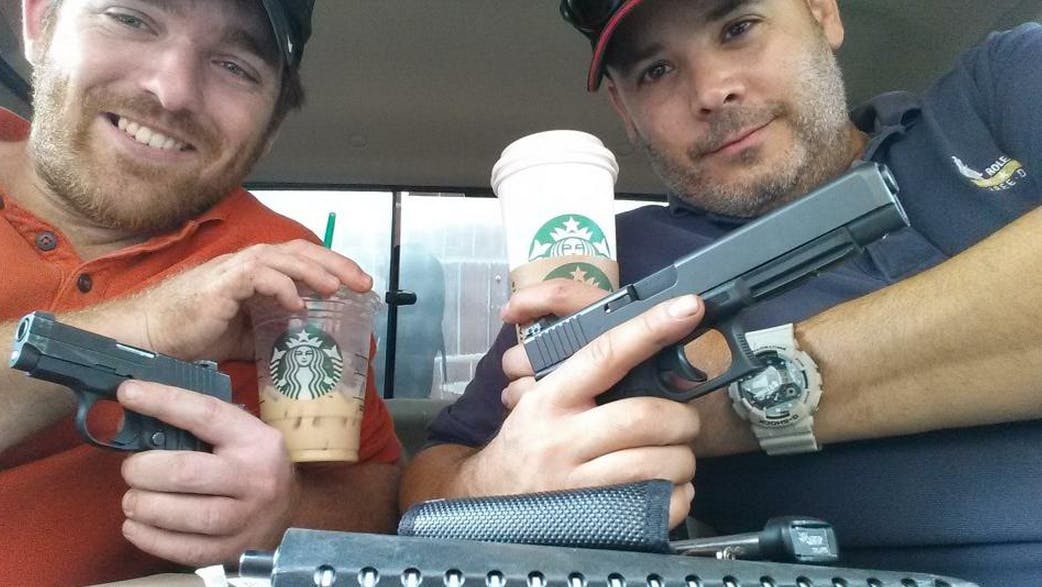