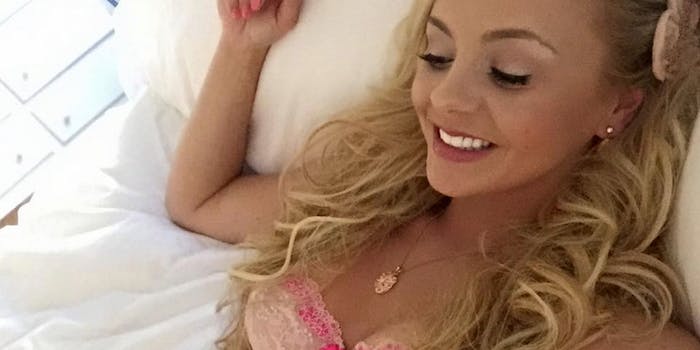 The note has since been retweeted by a number of adult performers past and present. Many applauded Olson’s message:

But it also generated some controversy, particularly among sex workers who said Olson was just speaking from her own experience.

@BreeOlson Everyone has a diff opinion/experience. I haven't had an issue with how people perceive me after 15yrs. You attract what you are.

“In many of their photos on their Instagram their models are even topless,” she said.

Yet the company responded by telling her that they didn’t think she was a good fit because her Instagram was too “inappropriate”—despite the fact that she is fully clothed in the vast majority of her photos.

“I ended up just getting so fed up with the way I was being treated,” she told Salon in 2013. “I have a family now… I’ve exhausted all my avenues and the only thing left is the adult industry.” The worst part is, under discrimination laws, sex workers have no legal protections—meaning they have no recourse if they’re harassed at or fired from their jobs.