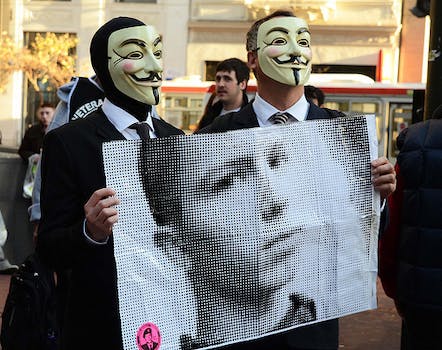 He has further selected to forego trial by jury.

PFC Bradley Manning, the American Army Intelligence Officer alleged to have leaked massive amounts of classified materials to WikiLeaks, has instructed his lawyer to proffer a guilty plea to a subset of the 22 charges he faces, under what is called “pleading by exceptions and substitutions.” He has further elected to be tried by Military Judge alone, without a jury.

Manning has been a lightning rod for protests against what many see as dictatorial treatment of a conscientious objector and what others characterize as coddling a traitor. This morning WikiLeaks Truck artist Clark Stoeckley, who is acting as a courtroom artist, tweeted, “The Navy guard at the visitor check in asked where we were going. We said court. He said, ‘I hope they shoot him out back.’ #FreeBrad.”

He was 19 years old when the alleged offences took place, and as of this writing has been in custody 901 days without trial, long past the legal limit. Manning faces 22 charges, including “aiding the enemy,” which is a capital offense, although the prosecution has said it will seek life in custody instead.

The materials obtained by WikiLeaks include the Iraq War Logs, the Afghanistan War Logs, the U.S. Diplomatic Cables, and the contents of the video which was later released as “Collateral Murder.” Manning’s arrest came after he apparently boasted about the leak to hacker Adrian Lamo in an instant messenger exchange; Lamo then turned the transcripts over to law enforcement, and they were later published in Wired in edited form and, after pressure from WikiLeaks and Manning supporters, unedited form.

It’s currently unclear on which subset of charges Manning intends to offer a plea. According to his lawyer’s website, “If the Court allows PFC Manning to plead guilty by exceptions and substitutions, the Government may still elect to prove up the charged offenses. Pleading by exceptions and substitutions, in other words, does not change the offenses with which PFC Manning has been charged and for which he is scheduled to stand trial”

At this point, the court is simply ruling on the admissibility of the plea, not whether or not it will be accepted. The trial itself is expected to take place in February 2013.