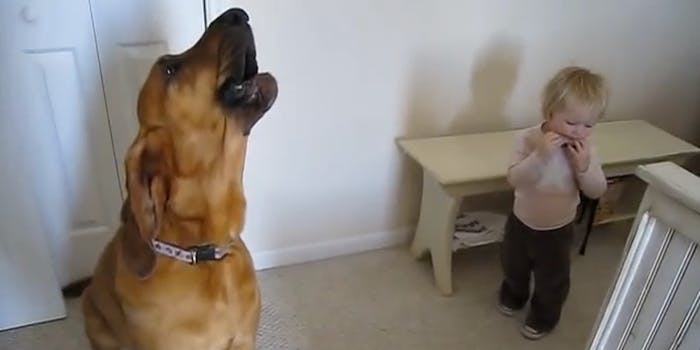 It's time to sing the blues.

It’s unclear who started this bedroom blues jam. Did the dog start howling because someone gave the boy a harmonica and he started playing it, or was it the other way around? Either way, a duet transpired.

It sounds about just how you’d imagine a dog’s howl and a child just making sound come out of a harmonica. And while the duo needs to work on their timing, there’s still plenty here to make you smile.

They won’t be performing in jazz clubs anytime soon, but imagine the music they could make once the boy is old enough to learn to properly play an instrument.