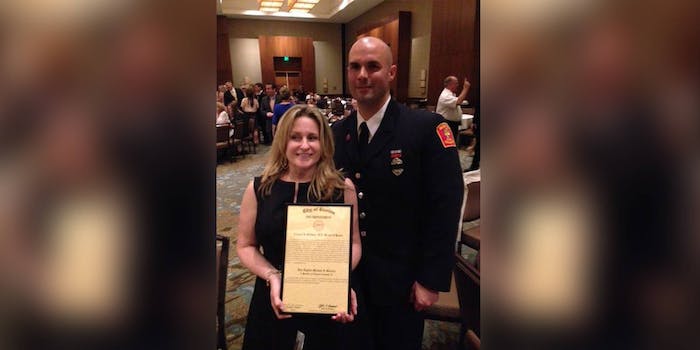 Boston bombing victim engaged to the firefighter who saved her

On April 15, 2013, countless lives changed when an explosion ripped through the crowd gathered at the finish line of the Boston Marathon. But for Roseann Sdoia and Mike Materia, at least one good thing came out of the day: their wedding.

Materia was the first-responder firefighter who accompanied Sdoia to the hospital after the attacks. Sdoia would ultimately have her right leg amputated, and she credits Materia with helping her “get back on her feet emotionally and physically,” according to the New York Post. Now, three and a half years after their first date in June 2013, the duo have shared that they’re engaged to be married this fall.

In the meantime, they will also release a book titled Perfect Strangers about four intersecting lives that converged at the Boston bombing.

Read more about their incredible love story on the New York Post.