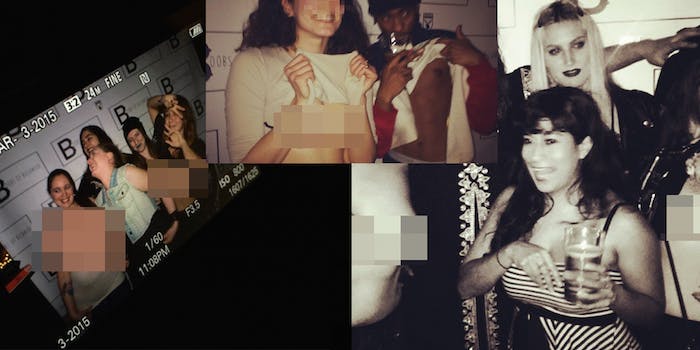 My night at the first annual Boobs of Bushwick topless party

Boobs of all shapes and sizes were out in full force at the topless Brooklyn get-together.

Despite the freezing rain, icy wind, and snow piled high outside in New York, attendees of Boobs of Bushwick’s First Annual Party, a bash thrown by the popular Tumblr Boobs of Bushwick, weren’t wearing much at all. The Rookery in Brooklyn was packed on Tuesday night with people drinking beer, dancing with friends, and perhaps most importantly, flashing boobs. It was a night where young people could find refuge from the sleet and have a good time—and possibly be topless for a bit, too.

Kate Chiplinsky, the woman behind Boobs of Bushwick, was inspired to start the blog during the summer of 2013. At the time, she and her friends had started cutting the sleeves off of their shirts, which resulted in a lot of sideboob hanging out.

“It’s [technically] legal in New York to be topless, so I was like I’m going to start a blog because it’s funny,” she says. “Just take photos of boobs and put them up there.” 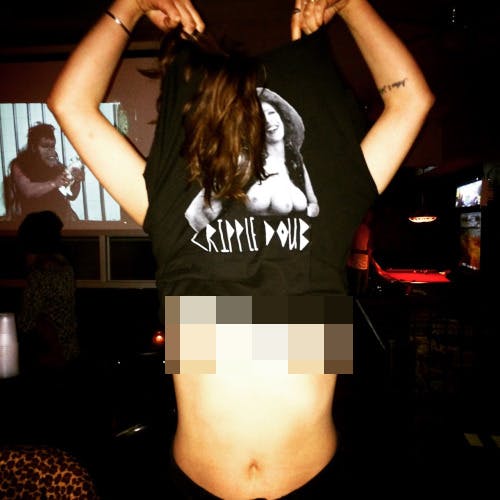 Boobs of Bushwick is just a side project for Chiplinsky, who works as a music publicist by day. The party at the Rookery was the blog’s first official event, complete with a backdrop for photos with the Boobs of Bushwick logo (the B on “Boobs” boasts nipples), and art projected on the bar’s wall featuring artistic clips of bosoms being fondled. 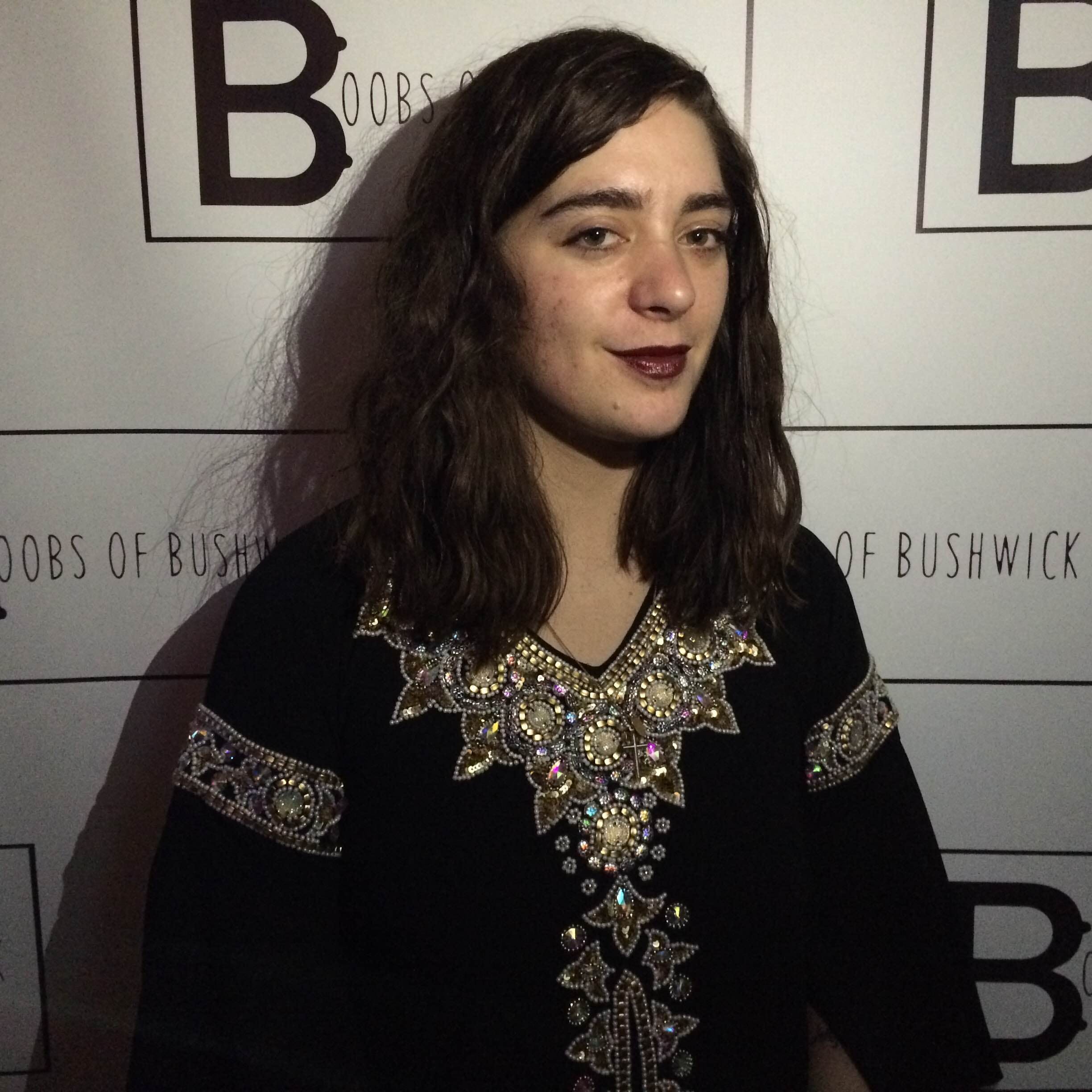 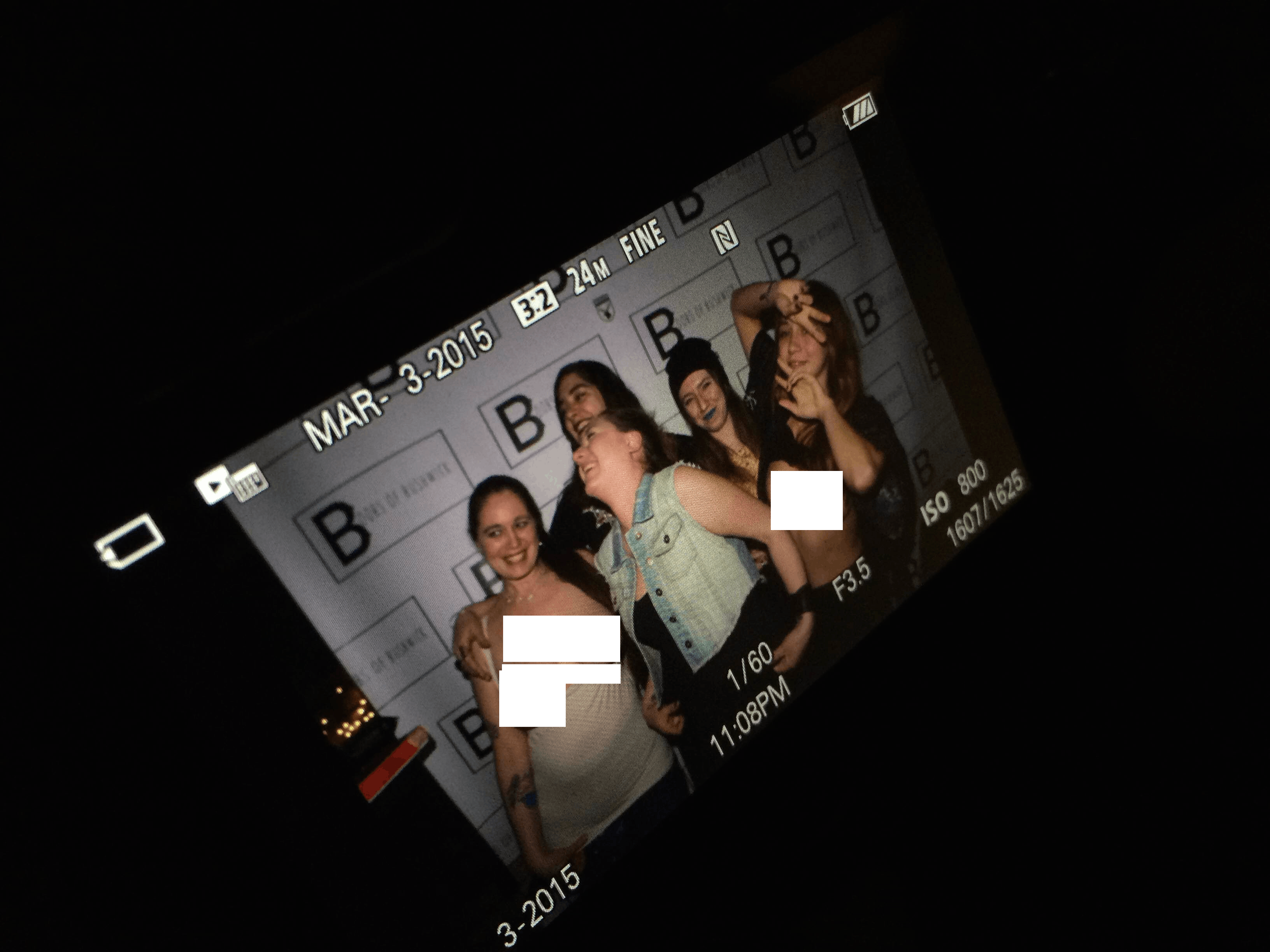 It was a night where people could find refuge from the snow and have a good time—and possibly be topless for a bit, too.

It took a bit for people to start taking their tops off, but once the bar was packed and the first few participants got their Boobs of Bushwick picture taken, more and more breasts started making an appearance. Two of the first people to pose with their tops off, Shandi and Nathan, hadn’t heard of the blog before finding out about the event from Bushwick Daily. But they succinctly expressed their feelings about Chiplinsky’s project: “All for the boobs.”

The party was the perfect occasion for lovers of the blog to get their ta-tas featured, and videographer Morgan Johnson was busy taking people’s photos that will later appear. But she also understood that some people wouldn’t be totally comfortable with having pics of themselves topless floating around on the Internet.

“Some were fine with it being posted on Instagram, but not Facebook. Which is funny because they’re owned by the same people anyway,” Johnson said. 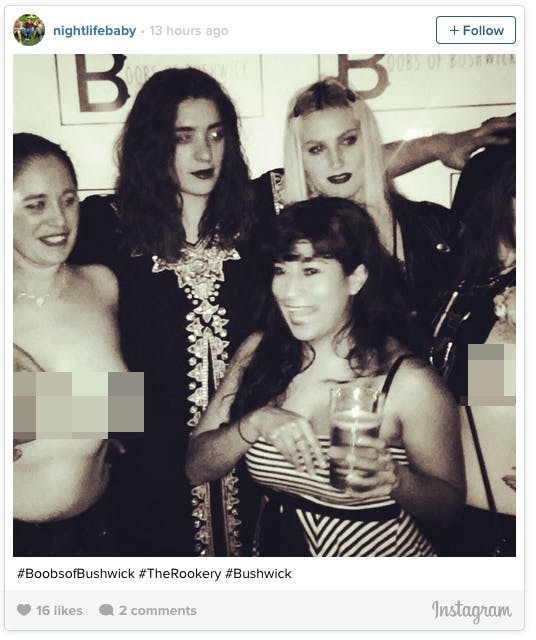 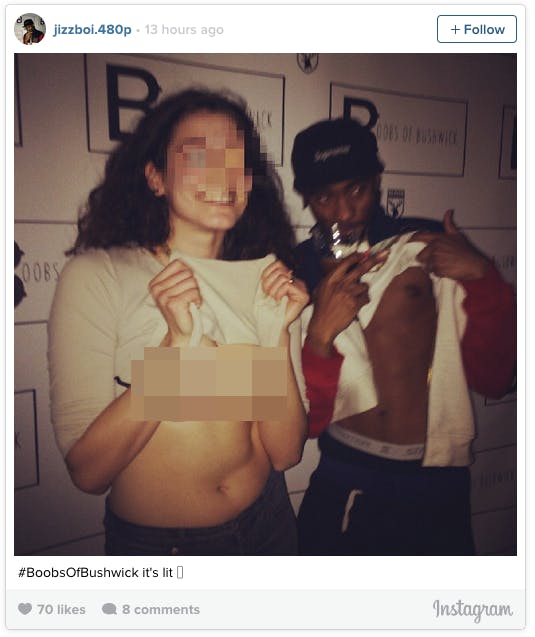 There was certainly something titillating about seeing naked flesh of all shapes and sizes paraded around in the open. But Boobs of Bushwick is not intended to be arousing so much as empowering and body-positive.

“Men and women should feel comfortable and safe and confident in themselves [so] they want to have their top off, no matter the shape or skin color,” said Chiplinsky. “You should feel proud and comfortable and not have anyone judge you. Unfortunately that’s not always the case. [The blog and party are] just a celebration of how beautiful humans are.” 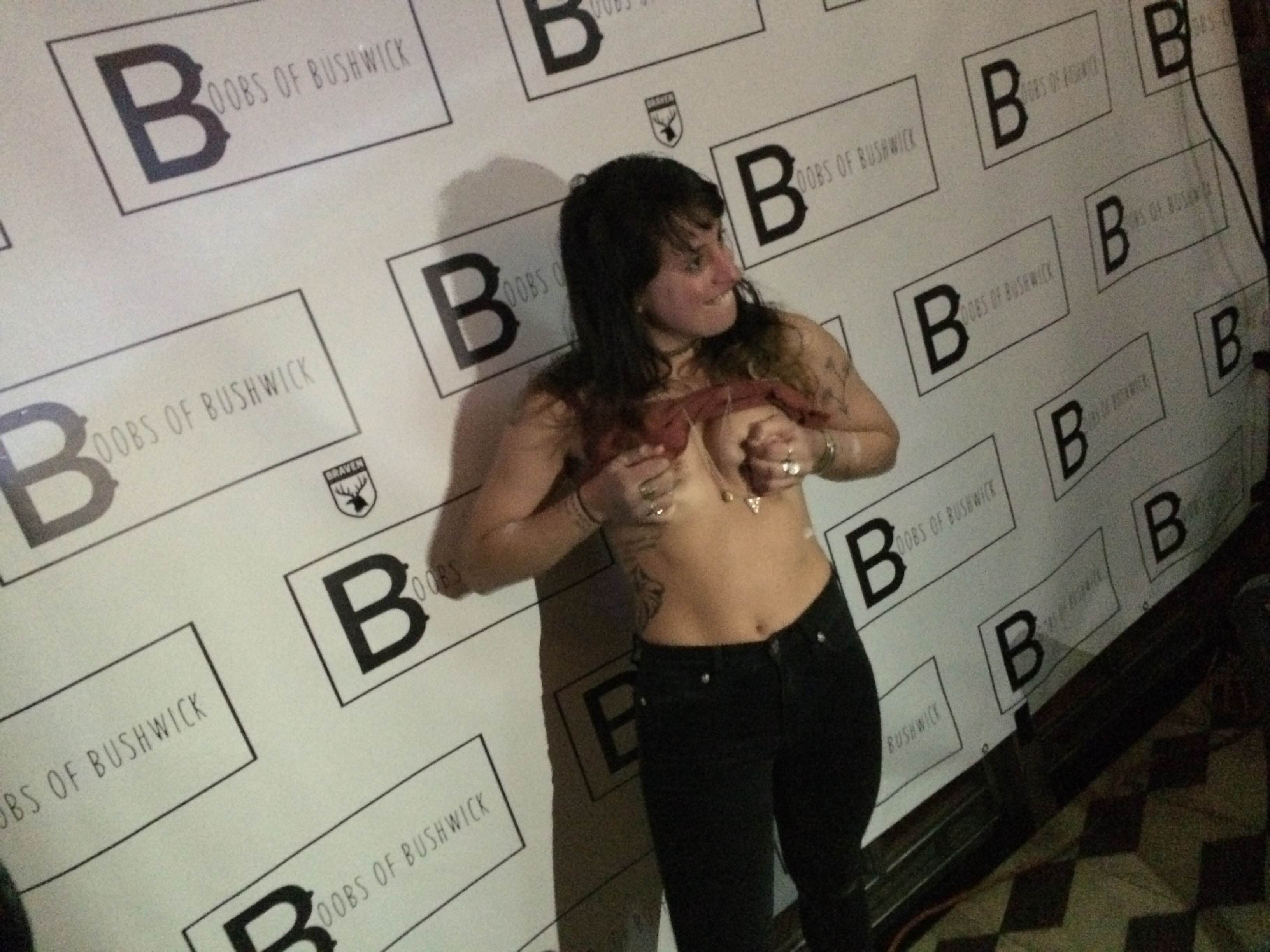 Although the party was intended to be a safe space, there definitely did seem to be a handful of voyeurs looking for material to add to the spank bank. At one point, I spotted two older men sandwiching the bouncer with their phones out, ready to snap pics from afar. Shandi and Nathan also pointed out some suspect-looking fellow near the back of the bar. Chiplinsky made it clear that if anyone made her friends and attendees feel uncomfortable, he or she would be asked to leave.

“I’ve gotten a lot of backlash from people being like, ‘This is ridiculous, you’re an exhibitionist, you’re trying to get attention.’ We’re just utilizing our legal right to be topless,” Chiplinksy said. “It’s an outlet for people to express themselves and use their body in whichever way they choose … it’s not supposed to be sexy or a style thing, it’s just a bit of fun.”

Update: A previous version of this article made reference to a man in a Penn State sweatshirt exhibiting potentially creepy behavior at the party. That man emailed us to say he was waiting for his husband, who was outside smoking, and was not “really looking for spank bank material- as I’m not a huge boob fan.”