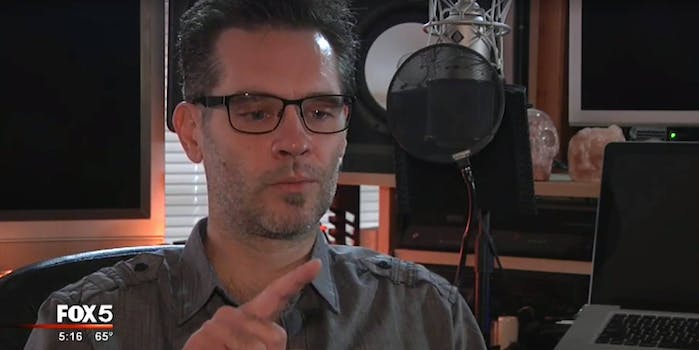 Bo Bice wants to enlighten us with his struggle.

Remember Bo Bice? Us neither, but he was a contestant on American Idol who is now giving us a fresh batch of white tears. On Fox 5 Atlanta, he recounts a story of “racism” because he was referred to as “that white boy” in a Popeye’s.

“A father, a husband, but not a racist,” the maudlin news segment begins, as Bice proceeds to describe how an employee pointed out how he already got his food by identifying him as white (“He’s already got his, that white boy over there”). He initially didn’t get an apology (because why would he?), but according to him, Popeye’s has now apologized and the employee “responsible” has been suspended.

Bice later tells a story about “buying a build-a-bear for a young girl for Christmas this year in Birmingham who was black” (in which Bice literally does the same thing to a black person he says the Popeye’s employees did to him). He also pats himself on the back for insisting the employee in question not be fired, just get some “sensitivity training.”

The questions of identity and presentation are complicated, and many people make assumptions about others’ races that are inaccurate and wind up being hurtful. That’s not what happened here.

What happened is Bice experienced something people of color in America experience so often it barely registers as a microaggression, and instead of using it as a moment to recognize how prejudice (if you can even call this incident that) hurts people and resolving to support those who suffer from it the most, he turned it into a plea about “reverse racism.”

White people: Almost getting it and then failing since whiteness was invented.