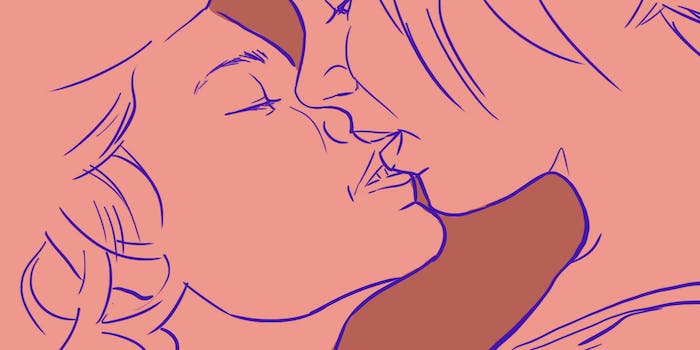 Close Encounters of the Casual Kind: Craigslist users are searching for their blizzard sex buddies

Watch out, East Coast denizens. Winter Storm Jonas is on the way, preparing to blanket the Northeast in snow and ice from Northern Virginia all the way up through New York state.

But another storm approaches, too—a blizzard of furious, anonymous sex.

Starting on Wednesday, residents of major East Coast cities began to panic about whether the coming snowfall might trap them in a sexless, lonely spate of isolation for an entire weekend. Naturally, they took to Craigslist in droves to post ads, seeking blizzard buddies for hours of snowed-in screwing around.

One pair of enterprising young Cossacks from Brooklyn even called out the storm by name, headlining their dual ad “Don’t get f**ked by Jonas, get f**ked by two Russians instead.”

Forecast in. Looks like we all getting snowed in. Fear not, dear girl(s)! Myself and another comrade will help you survive storm this weekend. With vodka and 420 to start festivities, we do more fun later. Unlike storm, our inches guaranteed (and warm).
We want no one suffer in this mess, so come and bring friend or two if you want. This going to be small party, so please do not bring more male comrades, only nice devotchkas. Please send email to ask question or share picture. We like that. Look forward to see you this Saturday or Sunday.

A young man in a superhero costume searched for a partner in New Jersey, offering his Netflix account and ability to chill in addition to snowflakes and flurries. Other adventurous sex fans posted helpful lists of the non-coital features they had to offer during the chilly weekend.

“I have plenty of food, wine, liquor and entertainment lol,” posted one m4w in Allentown, Pennsylvania.

“Get milk, bread and kitty liter,” wrote a generous m4m from nearby Lancaster. We don’t think he was referring to the groceries.

“I’ll have a bottle or 2 you provide a bottle or 2 I’ll make food and we just chill, drink, watch TV and fuck till the storm passes,” carefully explained one single black male from the Bronx, New York, who prefers a lady that can BYOB.

Over on the Jersey Shore, one ambitious business owner rode right past the copulation station and straight to the sale of his “party favors” (drugs): “I got what what u need for he snow storm coming up get ya supplies while it last …. If u want it I got it treat yourself you may need this u may need that.”

But while some of Craigslist’s casual sex seekers plied potential porkers with goodies, the majority focused on making their own needs—nay, demands—clear.

In New York City’s Upper West Side, there resides a man who likes his women “big, fat, and old.” He decided that since “Blizzard coming, people starting to get ready to be snowed in,” it was time to find the “Big, Fat (there, I said it. FAT!) woman that knows her way around the bedroom,” of his dreams.

An academic-sounding gentleman near Frederick, Maryland, sought two women for a wintry threesome—but not just any two women, he wanted a pair who were “confident, sexual, and know that you are both beautiful.” In return, he offered to draw on his vast history of “sexual escapades” that helped him scientifically pinpoint “how ecstasy can be drawn out through so many different methodologies.” Chilling indeed.

Perhaps the most successful Craigslist ad, though, is the one that keeps it short and to the point. Whether you’re trying to sell a couch or your own filthy ass, sometimes it helps to be as succinct as this Washington, D.C., m4w, who posted an ad with the headline “Fuck before the blizzard.”

“Any hot and sexy ladies need a nice hot guy to keep them warm during the blizzard? I’m available,” the capital cutie proposed. “We can party and fuck all day and night long.”