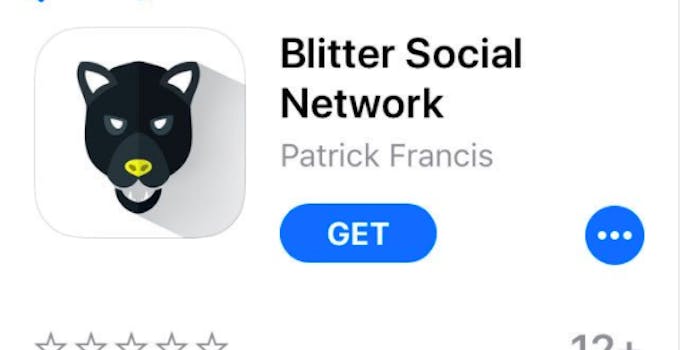 Blitter is being hailed as the new ‘Black Twitter’

A new Black-owned social network app is being called the new “Black Twitter” because of its firm anti-hate policy.

Blitter launched Thursday on the iTunes app store, touting that it does not condone racism, sexism, harassment, bots, or hate speech. Instead, the app description says it is built on love, passion, and empathy.

Blitter users are able to post statuses with up to 120 characters, photos, standard videos up to 15 seconds long, and “Vine-like” videos with start and stop capabilities. Users can also like posts, leave comments, use hashtags, and chat privately or in group messages.

“Any posts or comments displaying racism, sexism, or hate speech will result in account deletion,” the Blitter app description says.

Some Twitter users were excited about the anti-hate policies of Blitter and encouraged others to support the app since it is Black-owned.

Me packing my bags for this move to the #Blitter app pic.twitter.com/34iR8POQuA

Others were less than thrilled about the nearly identical app and decided to stick to Twitter.

What do we need Blitter for? Y’all are annoying.

Some users even said Blitter is a racist app.

Many Twitter users assumed Blitter was a blend of “Black” and “Twitter,” but the app said it was named after a circuit.