The blewit! claims it can make men better lovers. 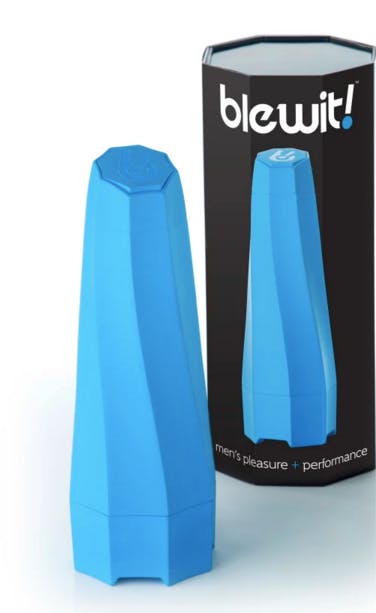 For men who want to use the blewit! for performance training, they can use it in conjunction with blewit!’s “controlit!” program. It’s essentially a guide to help men focus on the state of their arousal while using the device, so they can learn mindfulness in the context of sex as well.

As a sex therapist, Marin believes men “don’t need a toy” to become more mindful about sex—but it couldn’t hurt. “I think having a product can mimic more of the sensation of intercourse,” which can be helpful, she said. She added that she sometimes recommends male masturbators similar to the blewit! to her clients, adding she’s optimistic it can live up to its claims.

“There’s a lot of fear-mongering [about desensitization], especially with vibrators, and it comes from a sex-negative place,” Marin said. She doesn’t think women can become addicted to vibrators, nor does she predict men will become addicted to the blewit! Instead, she advocated that people practicing self-love should strive for variety in their solo sessions just like couples should look for variety in their sex lives—a sentiment Schenk voiced, too. “Are you going to become dependent on [the blewit!]? I think that’s to each their own,” he said. “I don’t think you should use the product all the time. I think it can be used as a practice tool.”

There’s certainly a lot of interest: Within a week of starting their Indiegogo campaign, the blewit! reached 120 percent of its $20,000 goal. As of press time, the campaign is over 150 percent of its fundraising goal.

“The evolution of these stigmas has really evolved because of the Internet. Young men are much more open to talking about their problems on the Internet,” he said. He felt the anonymity and wealth of information and ideas provided by the Web helps men—particularly young men—be more forthcoming with their problems in a supportive, yet private, environment.

“I’ve had a small group of people friends and family that I’ve been coaching, but we don’t have any drawn out organized studies,” Schenk said. “That’s the next plan.” One of his first priorities following the Indiegogo campaign is to get some focus groups together and carry out some studies with the blewit! in a more controlled manner to see if the controlit! program works as well as he thinks it will, he told the Daily Dot. 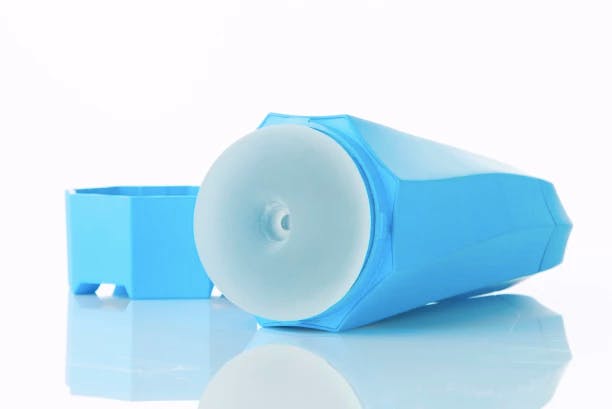 Nevertheless, the blewit! still promises to be a male masturbator like none other—something Interactive Life Forms, the company behind the Fleshlight, disagrees with. According to XBiz.com, the company is pursuing charges of patent infringement against blewit!. Schenk told the Daily Dot that his company is currently in settlement talks with Interactive Life Forms, and that the blewit! currently has its own patent pending.

“I respect Fleshlight for their position in the industry as a market leader, but I stand behind my own message and my product being unique,” Schenk said. (Interactive Life Forms did not respond to the Daily Dot’s request for comment regarding the lawsuit.)

Schenk didn’t seem fazed by the lawsuit. In his opinion, the blewit! will build upon the groundwork that the Fleshlight laid down, taking advantage of a new culture of openness to help more men enhance their performance in the bedroom. If it works, we all stand to benefit.

Photo via seeminglee/Flickr (CC BY SA 2.0)