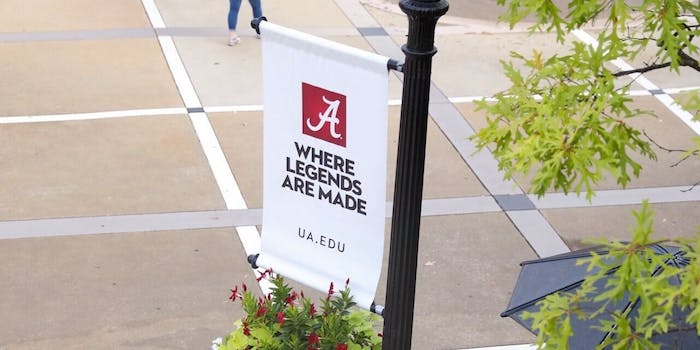 A Black university official at the University of Alabama resigned Thursday after far-right news website Breitbart published his tweets from years ago. In the tweets, Jamie R. Riley wrote critically about police brutality and race in America.

Riley, the University of Alabama’s assistant vice president and dean of students, resigned within a day of the article’s publication, according to campus newspaper the Crimson White.

In their article, Breitbart shared screenshots of tweets Riley wrote in 2017.

“The [American] flag represents a systemic history of racism for my people,” Riley tweeted in September of that year. “Police are a part of that system. Is it that hard to see the correlation?”

In another tweet a month later, he wrote, “I’m baffled about how the 1st thing white people say us, ‘That’s not racist!’ when they can’t even experience racism? You have 0 opinion!” He followed it up with “#missmewithyouprivilege.”

Riley’s accounts on Twitter and LinkedIn were unavailable on Friday afternoon when the Daily Dot ran a search. He did not respond to the Daily Dot’s request for comments.

It’s unclear on what grounds Riley resigned. The provost of the university did not respond the Daily Dot’s requests for comment.

This is appalling to say the least – @UofAlabama clearly failing students & faculty in times of fascist resurgence. https://t.co/7Qxaz5ZNj0

@UofAlabama Asst VP and Dean of Students, Jamie R. Riley forced to resign over resurfaced tweets. I personally don’t see what was controversial about the tweets. He spoke facts. pic.twitter.com/I9b0TvqIEH

Dr. Riley really got forced out for… speaking facts?? The @UofAlabama didn’t even let black folks attend school here until the ‘60s. Now they force a great Dean of Students to resign for simply mentioning that America has a history of systemic racism? I’m ashamed. https://t.co/9oLMOlFczw

This is so disturbing.

Jamie R. Riley, the University of Alabama’s assistant vice president and dean of students, resigned from his position on Thursday after less than seven months on the job.

Just because Breitbart found his tweets and called him a racist.

UA is all about supporting free speech until that free speech becomes “problematic” for their majority white administration.

Everything he said was true. I wish him the best success, too bad this institution continues to show that it in no way has its black students’ interest at heart. Maybe one day…

According to the campus newspaper, Riley had started his position in February.