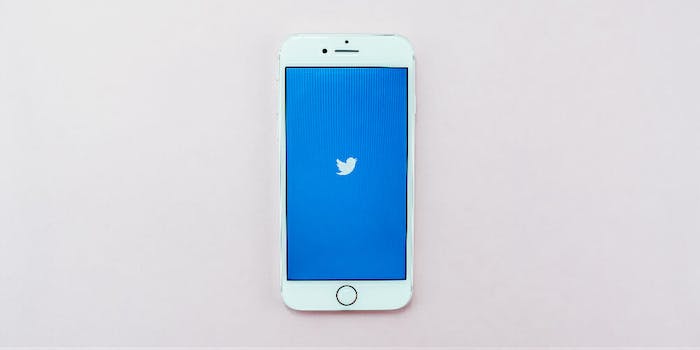 Why everyone should be paying attention to Black Twitter

'People are threatened by this particular power that we have.'

Black Twitter has been making noice both online and offline for quite some time now. We (that is, white and non-Black people of color) just haven’t been listening. Activists at SXSW discussed Black Twitter and all the power that it holds.

“Black Twitter has leveled the playing field, it has created access and equal opportunity and equity for people’s whose voices have long been silenced and ignored. That is where the true power is,” author, activist, and social worker Feminista Jones said at the SXSW panel “We Tried to Tell Y’all: Black Twitter As A Source.”

At another panel on the influence of Black Twitter on “Hollywood, politics, and brands,” activist Kimberly Ellis, also known as Dr. Goddess, echoed the importance of paying attention to the discourse happening within the Black Twitter community.

“We rose on Twitter speaking our ebonics and proudly so, and didn’t care because we didn’t care what anybody thought, because first of all, ‘We’re not talking to you, we’re talking to us,'” Ellis said.

When Twitter had become popular around 2012, a Pew Research Center study found that Twitter was “especially appealing” to the Black community. Blacks and Latinos became “hyper-represented” on a platform while knowing it was not made for them or their culture. “Because we were hyper-represented on the platform, the way we talk to each other, it was deeply authentic, deeply and profoundly cultural,” Ellis explained.

Black Twitter often has a higher stake when it comes to hashtags than any other community within the platform. When a Black man gets killed at the hands of the police, Black Twitter springs into action and uses the platform to direct a conversation, oftentimes having to defend the humanity of the victim. Ellis said that was the case when online white supremacists tried to defame Trayvon Martin’s character after he was killed in 2012.

“They were trying to get everyone to think that Trayvon was a thug,” Ellis said. “All of us were kind of fighting for his humanity.”

Jones said she uses Twitter to further her activism and knows of people who have become activists as a result of belonging to the online community. In 2014, Jones organized the National Moment of Silence along with many other activists from across the nation who had never organized anything before. They were able to pull off what is still the largest demonstration against police brutality in modern American history—mostly through Twitter.

Jones says on her own, she has the ability to mobilize over 100,000 of her followers with just 140 characters, which is why she’s on both the Department of Homeland Security and the NSA’s watch lists.

“They know I have the ability to mobilize people and they’re scared of that,” Jones said. “People are threatened by this particular power that we have.”

When it comes to politics, Black Twitter users can act as policy makers, decide on which candidates to champion in elections, and cultivate campaign messages.

“Anybody’s campaign that is not influenced by racial injustice, or the wealth gap, or affordability, any of the issues talked about consistently on Twitter, they don’t have traction in overall a campaign,” political strategist L. Joy Williams said.

At the end of the day, Twitter is a platform created by and profiting a white man, which is one of the reasons all of the women expressed wanting the Black community to shift away from the platform and move toward Black ownership of content.

“My hope is that we find other ways to connect with each other across the diaspora, across the globe, that don’t have to rely on Twitter or Facebook, or these other platforms created by white men that are making them rich and taking from us,” Jones said.