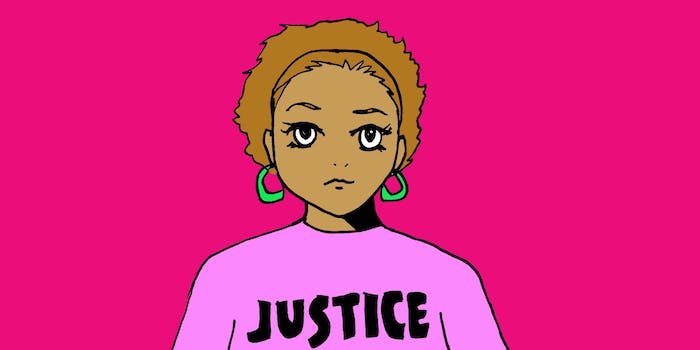 Whatever happened to Lisa Simpson, Dora the Explorer, and Daria?

“When I saw this, the first thing I thought was, Ugh. Lisa Simpson, proud feminist with so much to say about gender roles, body shaming and capitalism, drawn in this hyper-thin, rich girl way? Why, baby Jesus? Why?”

So McKenzie, creator of the queer and trans activist blog Black Girl Dangerous, reimagined Simpson and others as grown-up, modern-day feminists and activists. In collaboration with illustrator Julio Salgado and fellow writers Tina Vasquez and Reyna Wrath, they wrote alternate histories for the cartoon characters of their childhoods. For instance, Daria Morgendorffer and Lisa Simpson both went to Smith College, collaborate on a zine, and share a love for “dismantling the patriarchy.” 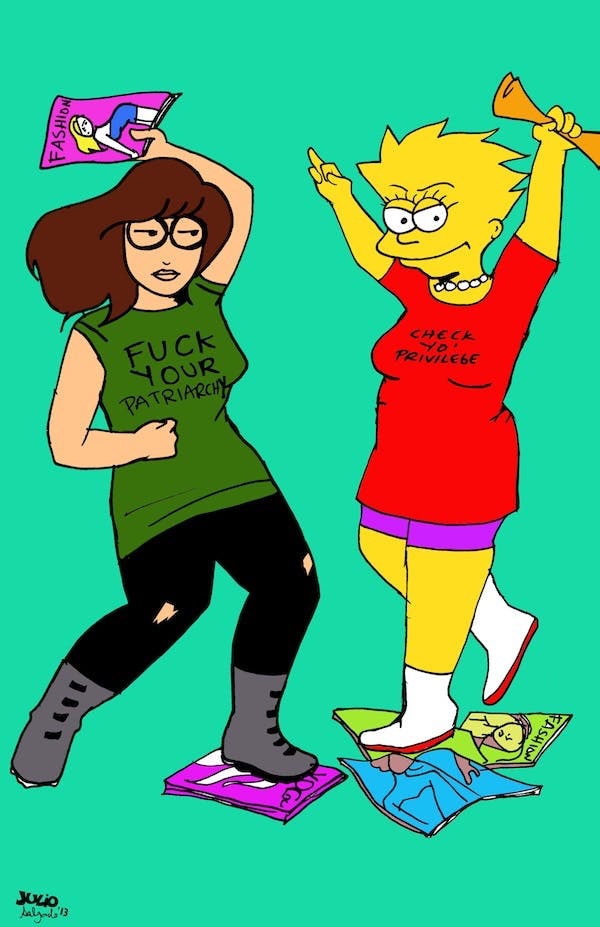 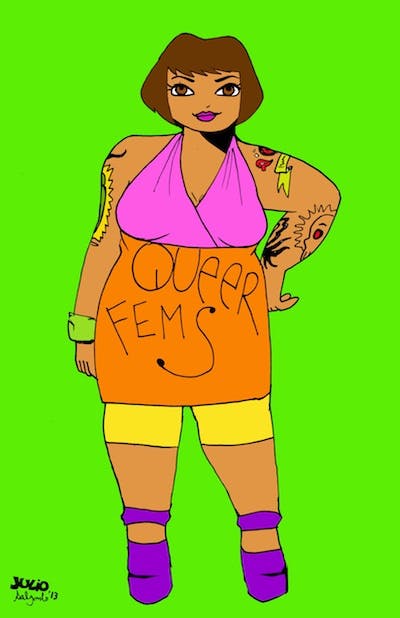 Rallo from The Cleveland Show is revised as an Audre Lorde fan; Susie Carmichael from Rugrats is a queer activist and has a Tumblr. (She had a falling out with Angelica Pickles over her “inability to recognize her white privilege,” but they made up.) Jazmine DuBois from The Boondocks is a social justice advocate.

It was their way of bucking the product placement trend, McKenzie says, “while also making a point about growing up and becoming who we, and our friends and communities, became.”