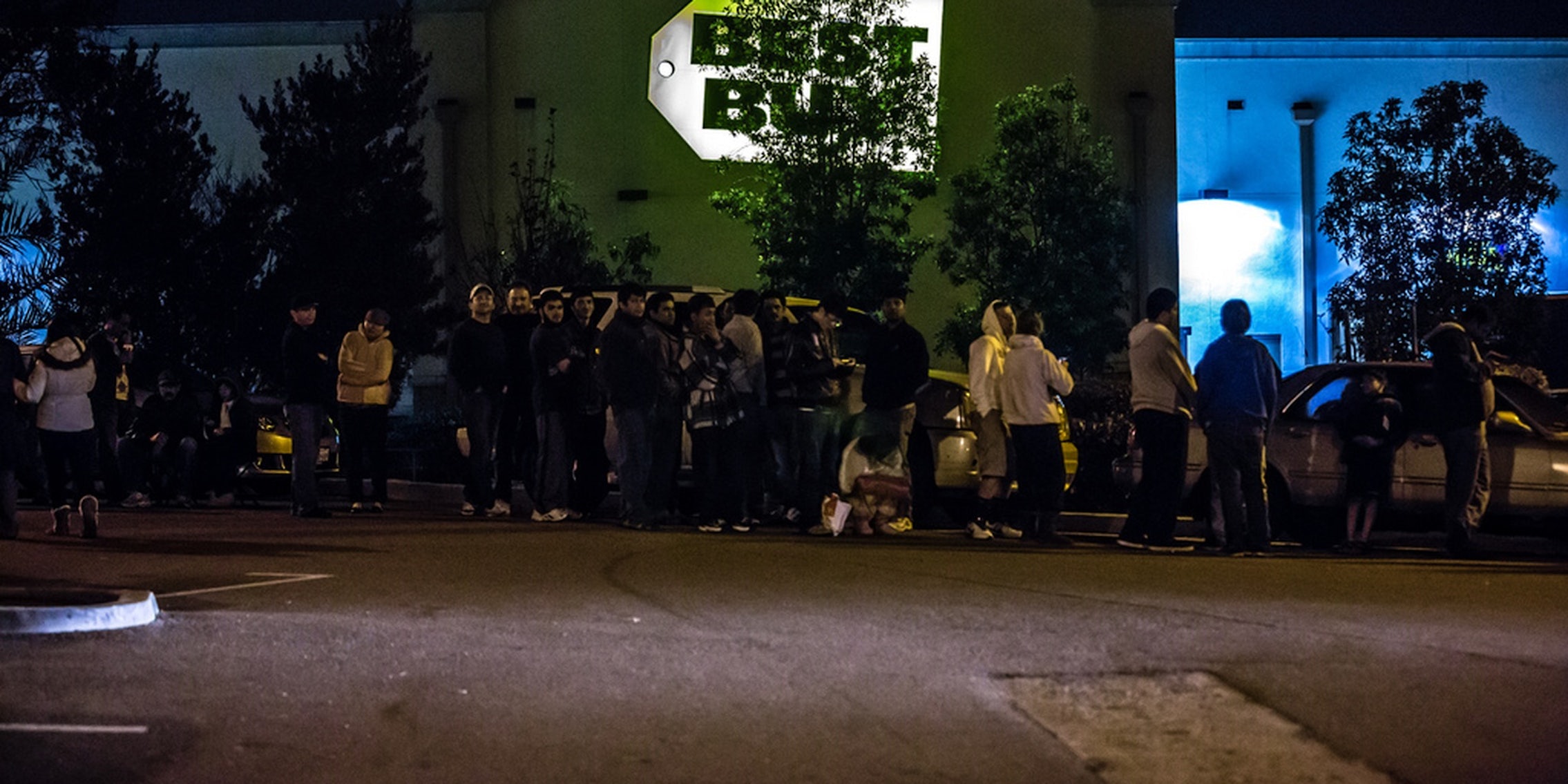 Nothing whets our cultural appetite like two white ladies from Kenosha coming to blows over a $28.95 Katy Perry karaoke set.

Quick: What’s your favorite Thanksgiving tradition? Your aunt’s pecan pie? The Detroit Lions–Dallas Cowboys games? The tryptophan-and-Miller High Life–induced coma you lapse into after dessert, causing you to pass out at the table like a fat, drunk baby in its high chair?

The answer is, of course, none of those things. Your favorite part of Thanksgiving is the Black Friday news stories the morning after.

Americans love a good Black Friday horror story. For some reason, there’s nothing that quite whets our cultural appetite like two white ladies from Kenosha coming to blows over a $28.95 Katy Perry karaoke set. To honor this sacrosanct national tradition, a redditor asked retail employees to submit their best Black Friday horror stories. Whether your tastes run toward the grotesquely violent (like the one about the shopper who was hit in the chest after undergoing heart surgery) to the violently grotesque (like the one about the lady who smuggled discount shellfish in her undergarments), there’s something for every Black Friday horror-porn connoisseur here, but we’ve compiled a list of the five best ones (some edited for length and clarity):

My first and only black Friday was my worst. I was 18 and working in digital imaging at Best Buy. To keep the story short and sweet there was your typical (awful) $100 lap top people were flipping their shit over on Black Friday. I saw a mother tell her 10 year old son to run into the horde of idiots to grab one. (Thinking his youth would save him from any harm I guess?)

Kid actually manages to wiggle his way through the crowd and grab one, only to be picked up under the arms by a 20 year old and no joke, thrown backwards into a display of Flash drives. The 20 year old grabs the laptop from the kid and runs like the wind.

I worked at walmart for 4 years and worked all Black Fridays. I’ve seen a woman hit another woman in the chest with those toddler car boxes you drive in. Woman who got hit was a week or 3 post op of open heart surgery. Lots of blood. Right In front of me. No idea what happened to the woman who hit her. I do think she got the toy car, purchased it and left.

When I worked at Sam’s Club, during the madness one black Friday morning, we caught a woman stuffing the inside of her pants with frozen lobster tail. She would unpackage them and throw the trash in a stack of tires that were on display

An 80-year-old grandma tackled and then bear-maced a woman over fleece fabric at my store.

The old lady wanted a cancer pink-ribbon fabric, and the woman she ultimately tackled had called ahead and ordered a bulk amount of it, because she works for a cancer organization and makes blankets for cancer patients.

The woman was wheeling a cart in the store with several large bolts of the fabric in it (which she had special ordered, and we put it in the cart for her so she could continue shopping.) Old lady sees that this woman has “ALL the bolts” and it isn’t right that she’s hogging the entire stock of that particular print. The woman explains the situation and that she in fact special ordered these, and that the reason she was coming in on black friday to purchase them is because they were a major black friday promotion at 60% off.

The old lady continues to yell at the poor woman. The woman very calmly keeps trying to reassure her that she is not taking any of the store stock, and that she makes blankets for dying women with breast cancer. She is a very sweet store regular who pays out of pocket for all the blankets, and so my store held the fabric for her until black friday, when she would come in and purchase them with her coupon.

Old lady doesn’t give a shit. Whips out mace and tackles the woman.

5) The Lady Who Knows You Have Bacon, Goddammit

I worked for six years at a Johnny rockets in a mall as a server and management. We didn’t open early like the rest of the stores because we are a restaurant and well, we don’t serve breakfast.

Had people shake our gates screaming that they wanted food. Or it would be just me and a opener getting the chairs set out.

I pointed them towards the food court and told them we didn’t serve breakfast. A lady spit at me and told me “I know you have bacon.”

We do. In a fridge waiting to be cooked and put on a burger.