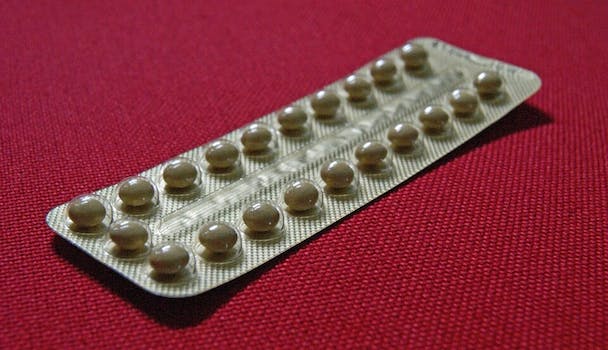 Prices have gone up even for those who aren't on Obamacare.

Last October, the Trump administration rolled back the birth control mandate that was implemented as a part of the Affordable Care Act (ACA), also known as Obamacare. Under the mandate, every employer — public, private, non-profit, or for-profit — was required to pay for birth control without a copay for their employees. But with the rollback, any employer who feels that it goes against their “strongly held religious beliefs” can choose to stop paying for birth control for their employees. They don’t have to fill out any forms or apply. They can just stop paying for it.

The rollback probably hasn’t had much effect for people who work for companies that don’t have a problem paying for birth control. But for women whose employers choose to stop paying, the results can be devastating. Dr. Glenmarie Matthews, an OB/GYN in New York and fellow with Physicians for Reproductive Health, saw this recently with a 19-year-old patient who couldn’t afford birth control out of pocket once her company decided to stop paying for it.

“By the time she got to me, and we did the pregnancy test before I prescribed her something new, she was already pregnant,” Dr. Matthews tells Bustle. “Now, this was clearly not a pregnancy that she desired, so we spoke about her different options and she proceeded to have an abortion. But she was trying to prevent a pregnancy, actively, and because her insurance wasn’t covering her contraception option anymore, she got pregnant.”

The birth control mandate rollback also affects people whose insurance companies are still covering their birth control. According to a recent pricing analysis by WellRx, the price of the birth control pill Yasmin 28 has gone up 32 percent from August 2017 to July 2018. Ortho-Cyclen has increased nine percent and Ortho Tri-Cyclen has gone up eight percent. When asked if those price increases are directly related to the rollback, WellRx director Andrew Potter says that this is “an example of how markets operate.”

“There are a lot of moving parts,” Potter tells Bustle. “The market is playing itself out — this is the market adjusting to the change in coverage. Coverage gets dropped for some people, and everyone is responding.”

So what can someone — like Dr. Matthews’ patient — who suddenly finds that their chosen birth control method is no longer affordable do? One option, of course, is to switch to a cheaper, generic version. However, many people find that the generics come with different, often undesirable, side effects, including acne, breakthrough bleeding, and unwanted hair growth. The research is still undecided on the differences between generic and name brand birth control, but the anecdotal evidence is enough to make people pause.

Instead of switching to generics, Potter recommends price shopping at both local and online pharmacies. “We always recommend that people price shop their medications,” Potter says. “And that especially goes for birth control medications. A lot of people don’t realize that there is value in price shopping.”

Potter points out that decades of flat copays and shopping at one pharmacy have led people to believe that there’s only option for pricing on their prescription medications. But just like any other product, different pharmacies are going to offer different prices. If your birth control is no longer affordable, the first step you should take is calling around to see if it’s more affordable somewhere else.

Even people who have insurance should consider reevaluating what they pay, Potter says. The health care industry has changed and many people — even those with insurance that covers their birth control — are living with high deductible plans. As a result, it benefits everyone to price shop.

Another tip? Ask about the cash price. Sometimes, Potter says, the cash price of a prescription medication is actually less than the copay, especially for people with high deductibles. And in some establishments, the pharmacist isn’t allowed to tell customers up front about a lower price. You have to ask.

“You can ask the pharmacy, ’Is it cheaper for me to pay cash for this medicine?’” Potter says. “For people who still have coverage, it may still be cheaper.”

Dr. Matthews also says that many people are turning away from monthly birth control prescriptions, like the Pill, and instead are opting for long-acting reversible contraceptives (LARCs), the most popular of which are IUDs. Her patient who got pregnant chose to have an IUD inserted after her abortion. Despite it not being her first choice for family planning, it felt like the most logical one. Also? Her insurance paid for it.