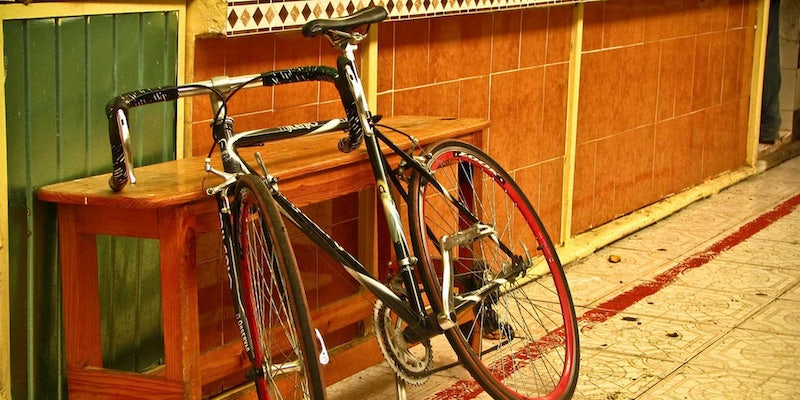 Because nothing says love like a good aerobic workout.

In the latest instance of someone broadcasting what is typically considered an intimate romantic moment on the Internet for the entertainment of millions of strangers, a San Francisco cyclist devised an ingenious way to propose to his girlfriend: by spelling it out on a GPS app.

Using Strava, an app that helps cyclists record routes, speed, and other ride stats, Murphy Mack managed to spell out “Marry me Emily?” on the map of his bike route, with a heart drawn around it. The route was 18 miles long, and Mack rode it in 80 minutes, burning 780 calories in the process.

After Mack’s girlfriend Emily McLanahan saw the map on Strava, she wrote, “Yes! I love you!” underneath. To which Mack replied: “You better say yes, woman, because my f***ing calves are on f***ing fire right now” (jk, he wrote “Yay!! Xoxo.” But he was def thinking the other thing, too).

The Strava app has spawned a trend of cyclists “drawing” various messages and images using the app’s mapping feature. Previous efforts include a cat, a turkey, the San Francisco Giants logan, and, of course, the obligatory penis and testicles. 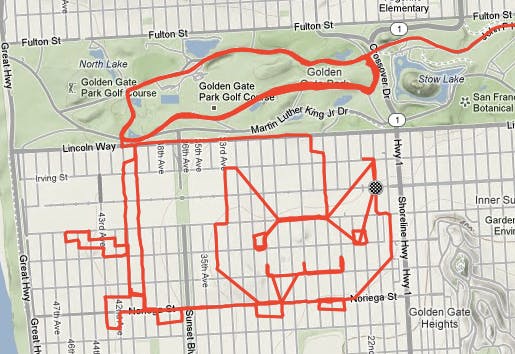 But this is probably the first time that a cyclist has used Strava as a medium for proposing marriage, and judging by the popularity of these kinds of heartwarming memes, it probably won’t be the last. Because everyone knows that if someone makes a grand romantic gesture, and no one on the Internet was around to hear it, then it might as well not have happened at all.