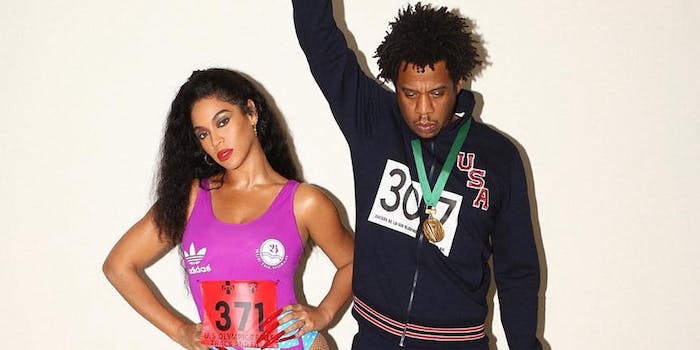 Everyone is always looking to see what Beyoncé will do because everything she does tends to be incredible. Her Halloween costume this year was no different. Bey chose to dress as track and field star Flo Jo.

Flo Jo (Florence Griffith Joyner) is considered one of the fastest women of all time since she still holds the world record in the 100 meters with the 10.49 she ran at the 1988 Olympic trials, the New York Times reports.

People were quick to point out how iconic not only Flo Jo’s running accomplishments are, but how fabulous she looked while she was running.

“She was so glamorous on the track, nails done, the best custom uniforms,” one person on Twitter said. “Let’s just say an ICON!”

Alot of yall dont even know who Beyonce was for Halloween! Flo Jo is the fastest woman of all time in the 100 meter and 200 meter dash, her record has not been touched since 1988 ! She was so glamorous on the track, nails done, the best custom uniforms. lets just say an ICON ! pic.twitter.com/bXWSKiSlg5

Omfg. Beyonce as Flo Jo😩😭 this is the best thing I've ever seen. pic.twitter.com/iSGDtTkR5D

Of course, her husband Jay Z joined her as another sports icon. For his costume, he dressed as Tommie Smith, who is best known for his Black Power Salute on the podium at the 1968 Olympic Games.

Their costumes together gave one person “big feels.”

Beyoncé continues to give us all nothing but the very best, and we can’t wait to see next year’s costumes.

As for other celebrities’ Halloween costumes? There were a few good ones.

AS IF! #Halloween #Clueless pic.twitter.com/zZextmcLpj