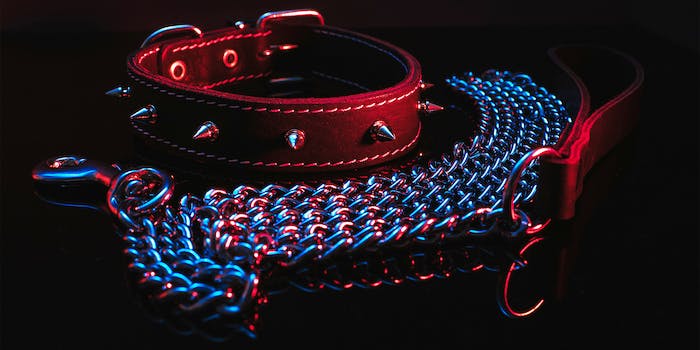 From bondage chats to leather live cams, here are the best out there.

Other sites may provide options for models to sell personal content, but CamSoda goes above and beyond. Models can sell individual picture packs and videos or packages of content, for prices they set. Live shows, private shows, and special media are all purchased through tokens, which are in line with industry standard costs. Private shows have a base cost of 30 tokens per minute, with more popular models demanding higher prices.

What really sets CamSoda apart is fun. Models seem to be having a great time while they’re working. Sure, it’s a performance, but seeing smiles makes a difference. Also, unlike other sites, CamSoda only uses U.S.-based models.

One of the ways Jasmin has set itself apart is its rigorous screening process. While many cam sites allow anyone to sign up, Jasmin only accepts models who meet its intense standards. Each model profile includes pictures, details, and what they’re into. It makes finding a model, even if they’re in a show, a breeze.

Despite Jasmin’s high standards, there are men and women of all ages and body types to be found. Jasmin also features HD video, which is a nice touch during live shows. In addition, users can chat over two-way audio with select performers for an added fee.

Jasmin is expensive, but if you have the money, we highly suggest fulfilling your kinks here.

MyCams uses the same model page setup that Jasmin does, offering background, kinks, and photos of each performer. The sheer number of performers on MyCams is often staggering. Because of this, it’s not uncommon to pull up a page and see a model that’s waiting for people to show up. These extensive model pages give you an idea of what you’re in for even if you join before a show starts.

The only place its fetish content is lacking is bisexual and male content. Hopefully, it will improve in the future.

While other sites may have more name recognition, ImLive is still a wildly popular and successful cam site. That’s because ImLive offers the same incredible content as the competition for a much more reasonable price.

ImLive shows come in three flavors: free video chat, live sex chat, and Candy Shows. Free video chats are to get to know the model and see if you’d like to go private. Live sex chats are paid for by the minute using credits one-on-one with the model. Candy Shows allow groups of users to pool their credits for a show they all watch.

Credits on ImLive are simple to understand, and the site is generous with how many bonus credits it gives out. Credits cost $1 apiece and come in blocks: 10 for $10, 25 for $25, 50 for $50 and 100 for $100. However, you get bonus credits every time you buy a package of credits. There are even free videos for paying customers.

This is another site that allows models to do a full show without requiring each user to pay upfront. Instead, many of these models work for tips, performing for whoever walks into their cam room. But beware if you’re a lurker: Many models will justifiably end their show if more people are watching than tipping. It’s OK to preview, but pay your performers.

Bongacams’ models are beautiful and creative, putting effort into costumes, games, and interacting with their clients. More importantly, Bongacams is incredibly affordable. Tokens start at $0.83 apiece and can be bought for as low as $0.05 per token when bought in bulk. For example, 1,368 tokens are just $74.99. That’s a great deal, especially if you’re just dipping your toes into the world of camming.

BDSMCams.xxx uses the same pricing as Jasmine and MyCams. The good news is BDSMCams.xxx also borrows ImLive’s Candy Show idea. Rather than having to pay 2 tokens a minute yourself, groups of viewers can pool their tokens to watch a show together. This is great for saving money, though the number of Candy Shows at any given moment is small.