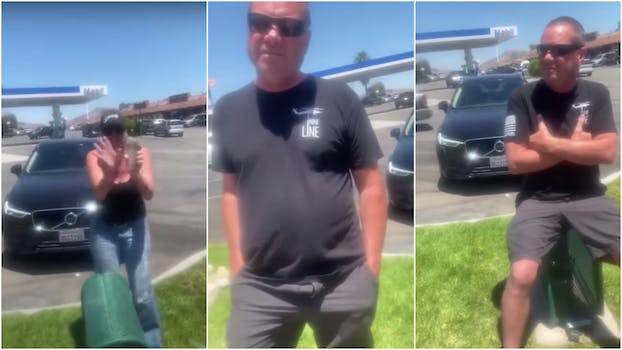 Bar owners get review-bombed on Yelp after racist video

The owners harassed a fruit vendor in a viral video.

The owners of a California restaurant and bar learned the consequences of racism the hard way after going viral for harassing a nearby fruit vendor, prompting people to flood their Yelp page with negative reviews.

Mike Foster and Renee McAlonis, the co-owners of Bergie’s Bar and Grill in Santa Clarita, accused the owner of La Palma Fresh Fruit of operating illegally earlier this week and demanded he move his stand.

When the owner—who told local news station KHTS he wished not to be named for safety purposes—protested and told Foster that his stand was “not hurting anyone,” Foster angrily told him to “get it the f*ck out of here.” He also said he called the police and sat down next to the stand to wait for their arrival.

When asked what exactly about the fruit stand was “ghetto,” Foster stammered before demanding the vendor show proof that he was allowed to operate.

Additionally, the vendor’s niece told KHTS that McAlonis said they “couldn’t sell because we didn’t pay taxes and we were from Mexico.” She said they gave customers water to wash their hands, but McAlonis threw hers on the ground.

The video of Foster and McAlonis harassing the fruit vendor spread like wildfire on social media, and viewers who were outraged by their behavior took action. They flooded Bergie’s Yelp page with negative reviews, knocking the average score down to 1.5 out of 5 stars out of 1,255 reviews. Yelp has temporarily blocked posting on the page, which is “being monitored by Yelp’s Support team for content related to media reports.”

In the meantime, though, users can still browse the preexisting negative reviews, some of which accompany 3- and 4-star ratings to get past Yelp’s filters.

Other users uploaded unflattering photos, including a plate with a roach on it, a truly abominable bathroom scene, and a photo of a trash bag captioned “a picture of their business.” It’s unclear whether the first two photos actually came from Bergie’s.

Foster apologized for harassing the fruit vendor on Tuesday and told KHTS the viral clip was taken out of context.

“I was just making sure they were operating legally,” Foster said. “I am not a racist.”