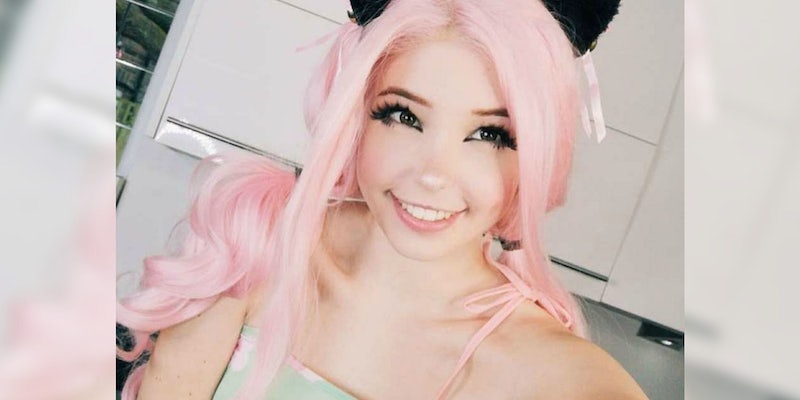 She just clowned everyone.

The 19-year-old has over 3.5 million followers on Instagram and has posted NSFW content before in the past. She also is known for making Ahegao faces, which are expressions often used in Japanese anime and manga pornography.

Eventually, she ended up uploading 12 videos—but the content was far from what fans expected.

Rather than lurid content, she posted videos of herself acting out clever puns. One video titled “Belle Delphine strokes two big cocks,” showed her with two stuffed cockerels. In another video, “PewDiePie goes all the way inside Belle Delphine,” she slowly ate a picture of the famous YouTuber.

“Belle Delphine really just clowned all of us,” one Twitter user wrote.

Belle Delphine really just clowned all of us

Another asked, “How could such a despicable creature eat THE KING of youtube???”

How could such a despicable creature eat THE KING of youtube???

To which Pornhub’s official account responded, “I bet he tasted so good.”

I bet he tasted so good.

Delphine has built up a massive fan base and has over 4,000 subscribers on the membership platform Patreon, where she charges nearly $2,500 dollars a month for explicit content.

She has not commented publicly on her epic troll.