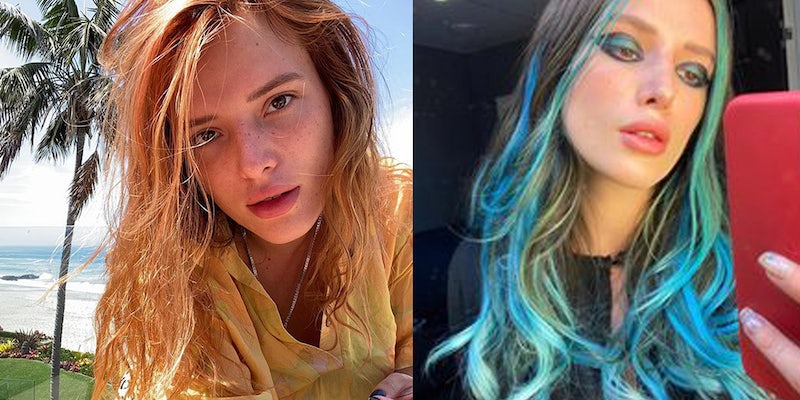 Thorne allegedly asked for jewelry in exchange for an Insta shoutout that she didn't follow through with.

The owner of a brand called Div9ne Collective called Thorne out on Twitter for allegedly asking for products to be sent to her in exchange for a shout-out on her Instagram account, where she has over 23 million followers. The Twitter user, Lauryn, posted a lengthy thread detailing the incident with receipts.

“I planned to cut my losses and never post about this because cancel culture is toxic, but since Bella happens to be trending for scamming people, I feel an immense obligation to speak out on behalf of small businesses,” she wrote.

Lauryn said Thorne DMed her brand account asking for jewelry in return for an Instagram Story shoutout back in May. While Lauryn ended up sending Thorne $1,500 worth of products, Thorne allegedly never followed through with her end of the deal.

Lauryn shared several alleged screenshots of messages between her and Thorne. In the messages, Lauryn seems to have made numerous sacrifices for Thorne, including making custom pieces for her, expediting packages, and changing the jewelry from gold to silver because she doesn’t like gold. Thorne, according to the messages, repeatedly promised to post the shoutout before seemingly ghosting Lauryn.

“Amid all that has been going on, I refuse to be affiliated with someone who has affected thousands of people in the way that she has. Div9ne promotes inclusivity, equality, and representation of all — which is the opposite of what she has done hence the flame underneath her,” Lauryn tweeted.

Lauryn ended her thread by offering advice to other small business owners: “If you own a small business, my advice to you is that just because someone with a large following asks to collaborate, that doesn’t necessarily entail they will have integrity. Please be careful and remember your time, money & energy deserve to be preserved. No one deserves this.”

The Daily Dot has reached out to Lauryn and Bella Thorne.