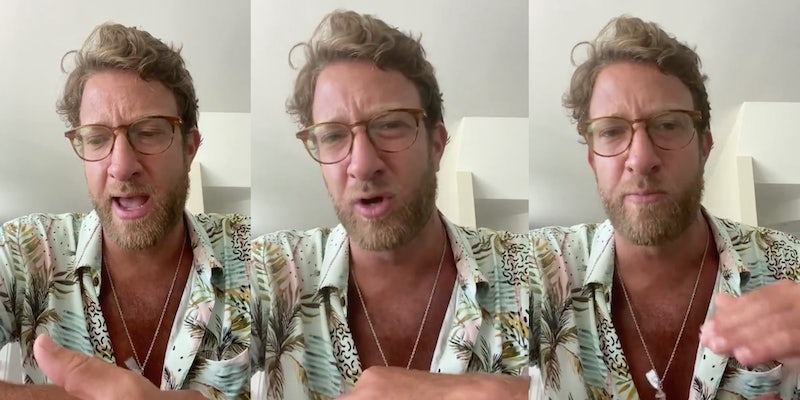 Barstool founder apologizes for racist videos after saying he wouldn’t

He apologized after Black employees called him out.

The video comes after days of defending himself and saying that he wouldn’t let himself be “canceled” for statements he made in 2016 and 2017. The videos that surfaced earlier this week showed Portnoy rapping the N-word and saying that he thought NFL player Colin Kaepernick looked like “a terrorist” because of his appearance.

“If the no fun club, if the cancel culture, wants to go back blog by blog, video by video…and comb through everything we’ve ever fucking said and done, yeah, you’re going to find a few jokes that miss the mark,” he said in his original video about his racist comments.

In the first video that he posted on June 29, he tried to defend his racist actions by saying that “times change.” He said he wouldn’t “bend the knee” to people trying to cancel him for his Kaepernick remarks.

The videos of his racist comments and his defensive video prompted backlash both on social media and within the company, which is a website that’s known for its racist and misogynistic episodes.

Black employees said they felt like they were put in an uncomfortable position: They said they had to decide whether to publicly stand up to their boss or whether they were going to look the other way.

In an episode of the Barstool podcast 2Biggs, several people of color on staff discussed how they felt when they saw the videos spreading on June 28. In an episode released on July 1, staff members also brought up other racist interactions and conversations they’ve had with the founder. The title of the podcast spells out the N-word, in a reference to Portnoy using the racial slur.

“We spend half our podcast talking about the culture, and George Floyd, and racism, and all that stuff, and how it affects us, and how it affects the people, and here on a Sunday, it’s right at our doorstep,” podcast host and Barstool staff member Willie Colon said.

A day after the release of the podcast episode, Eric Sollenberger, who writes for Barstool under the name PFT Commenter, published a commentary on the website calling it “insanely unfair” that Portnoy put Black employees in this position.

“Put yourself in their shoes,” Sollenberger wrote. “Dave won’t apologize because in his eyes it means giving in to the outrage mob, so now our Black colleagues are being held to account for something that had nothing to do with any mistakes they’ve made whatsoever.”

The Barstool founder began to backtrack after outrage continued to spread within the company. In a video tweeted out mid-day Thursday, Portnoy said that he decided that he would apologize. However, a substantial part of the second video is Portnoy defending himself––again.

“Unbeknownst to me, and something I didn’t plan on doing, I alienated a lot of the people who work for me,” he said in the video. “Listening to these guys [Black employees], I want to have their fucking back, and I want to learn, and I want to be fucking better. I’ll never fucking do that again.”

Since the release of the second video statement about his racist comments, Portnoy has received almost exclusively negative responses. Conservatives are mad because they think Portnoy is “bowing to the mob.” Meanwhile, others thought that even the second video made a pretty “half-assed” apology.