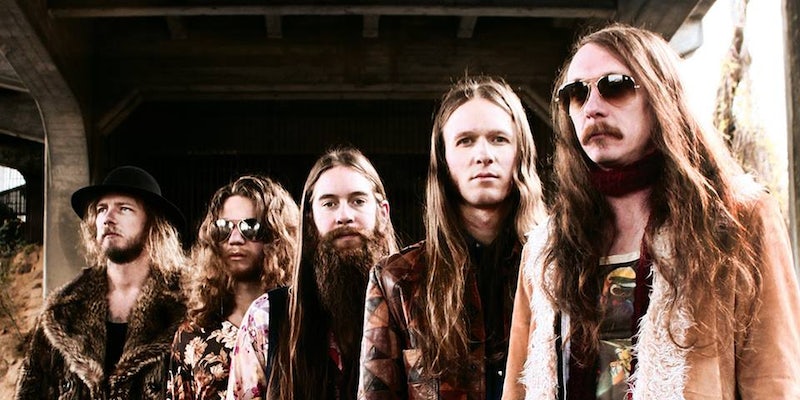 Is this Portland band exercising its right to free speech? Or is its very NSFW name just racist and misogynistic?

Last week, a petition began circulating on social media calling for Portland, Ore., rock band Black Pussy to change its name, or face a boycott of all the venues that book the band.

As of today, the petition has garnered more than 360 signatures. Outraged posts accusing the band of racism and sexism have also appeared on Twitter and Facebook. One San Francisco event listing suggested people call and email the local venue Bottom of The Hill to ask them to cancel the band’s Mar. 5 show.

In exclusive interviews with the Daily Dot, black feminists in Portland; Oakland, Calif.; and Raleigh, N.C., said they were deeply offended not only by the name, but by the band’s reaction to their concerns.

“It’s a passive advertisement for violence,” Leila Hofstein, Youth Program Coordinator at PFLAG Portland Black Chapter, told the Daily Dot. “To take a really explicit name like that just says, hey, we don’t give a shit about you and the safety that you feel on the street every day. We just want to exploit it.”

The bio on Black Pussy’s Facebook page reads, “Black Pussy does not condone or endorse any sexism, racism, ageism, violence, or any other douchebaggery that has been spoiling the party since the party started. If you are offended by the band’s name, please refer to the following video.”

The video the band linked to is highly non-apologetic. It shows comedian Doug Stanhope mid-routine, saying that anyone who is offended by words had idiots for parents who never should have been allowed to have kids.

“When you see this group of white guys saying that, it triggers images of black female licentiousness, like black women are loose and degenerate,” said Carrington, who runs the black LGBTQ southern justice group Lavender Kitchen Sink Collective. “Those of us who are reduced to our bodies, we have a visceral reaction.”

The visceral reaction black feminists are having to the band’s name isn’t easy to explain. Carrington said it required a historical perspective that leads the black American experience from slavery to today.

“The whole point of being a black person in this country is being owned,” Carrington said, “When white people talk about racism, they think about skin color. But what makes you a black person in the U.S. is that at some point in your history, your family was owned by someone else. The name of this band cannot be separated from that.”

The band’s press release, which appears on the websites of several venues hosting its March tour, explains that the name is a reference to the Rolling Stones.

“When the Rolling Stones wrote their classic track ‘Brown Sugar‘ it was originally titled ‘Black Pussy,’ but record label politics got in the way. It was deemed too offensive and the powers at work refused to put it out… Considering the name comes from a song that directly speaks out against racism, [Dustin Hill of Black Pussy] isn’t willing to entertain the notion that the band intends to offend anyone.”

The black feminists interviewed all separately raised the issue of the Rolling Stones reference. Carrington pointed out that “black feminists have been critiquing that song for over 40 years,” and said that the band showed ignorance of the real issues behind the song.

Oakland-based psych rock guitarist Andrea Genevieve told the Daily Dot that the song “Brown Sugar” is not the anti-racist tome that people think it is.

“’Brown Sugar’ is a song about a black woman slave being raped by her white master,” Genevieve told the Daily Dot.“It’s about power, control, and colonialism and it portrays black women as exotic and less than human.”

Genevieve scoffed at the idea that “Mick Jagger thought it was OK” is a good excuse for the band’s name: “I can decide for myself what is right from wrong.”

The Daily Dot received a statement from the band’s publicist saying the band is “aware of and amused by” the petitions and protests around its name. So far, the publicist said, no venues have cancelled shows because of the controversy.

“Just as free speech allows and encourages these folks to have an opinion, it also allows for freedom of art and expression for all musicians. There is nothing racist or sexist about this band and never has been, and the tongue-in-cheek, theatrical, satirical spirit of rock and roll is alive and well,” the publicist’s statement said.

Hofstein and Carrington said they had contacted the venues in their respective cities, but so far received no response. Residents of San Francisco; Los Angeles; Palm Desert, Calif.; and Las Vegas also posted on Facebook and Twitter that they were trying to get the band dropped from local shows.

Carrington said that an all-white, all-male rock band naming itself Black Pussy was just the latest frustrating example of cultural appropriation that defines being black in the U.S.

“Whether the criticisms are about Iggy Azalea or Macklemore or this, it’s like—hey white people, we know what you are doing. We live black culture and identity. We live with it every day and we know what it means,” said Carrington, “White people own our culture and artifacts but they don’t understand it. And that’s one of the most infuriating things about being a black person in this country.”