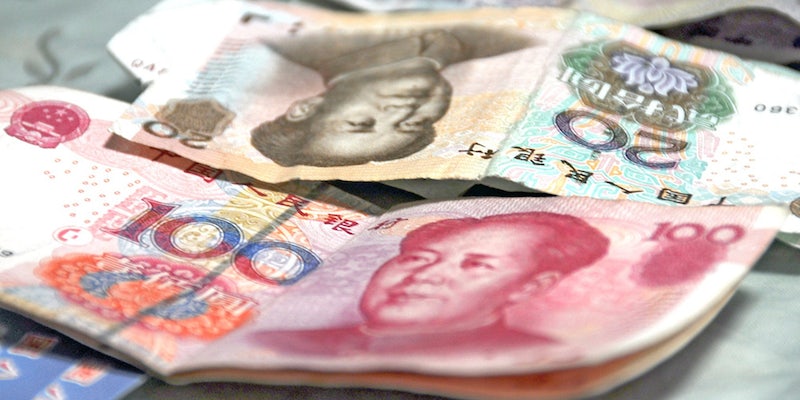 Somewhere on the Internet there’s a post, a comment, or tweet, that you would absolutely pay top dollar to get wiped off the face of the planet. There are places where this dirty Internet fantasy can come true. In China, for instance, pay-for-deletion is apparently really big business. Just ask the three Baidu employees who were arrested for doing just that in July.

The Global Times reported that the three fired employees are suspected of “colluding with external partners to delete online messages.” It’s not clear what the deleted posts were or where they were hosted. Baidu is the most popular search engine China, gobbling up about 80 percent of the market, and wielding a great deal of influence. It also owns multiple online properties, including a Wikipedia knockoff and a robust assortment of discussion forums.

Perhaps a business got miffed at a comment thread that tore apart their latest product, or a celebrity was displeased by an embarrassing entry on his or her biography page. We’ll likely never know.

The employees were arrested in July, but the company waited until Sunday to confirm the news.

They were apparently running quite a racket, too. A Baidu source, speaking anonymously, told the Global Times that the employees were charging tens of thousands of Chinese yuan per deletion. That’s at least $1,500 per touch of the “delete” key.

There’s an entire deletion industry in China, in fact. One service firm told the Global Times it offers annual plans for businesses, charging between $24,000 and $31,000 a year to manage a company’s online reputation through strategic bribes and deletions.

There are plenty of American companies no doubt pining for that kind of power.