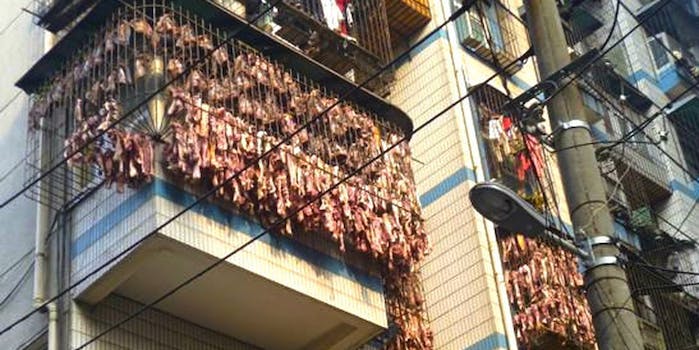 Ditch your curtains: This guy sheathed his apartment in bacon

That's a lot of pork.

Hey America, nice curtains. Nice windows. Nice odorless fabrics and tinted glass panes and all. In China—specifically Wuhan, in Hubei province—they’ve got one man who’s keeping himself privatized from others via a thousand strips of bacon.

The man’s a butcher, Shanghaiist reports, so it’s truly a practical matter: The anonymous meat man believes this is the best way to cure what he’s cooking. Hopefully someone told him that the capital city has been dealing with smog so bad public institutions had to suspend outdoor activities, though. Would hate for anybody to ingest some truly polluted pork. 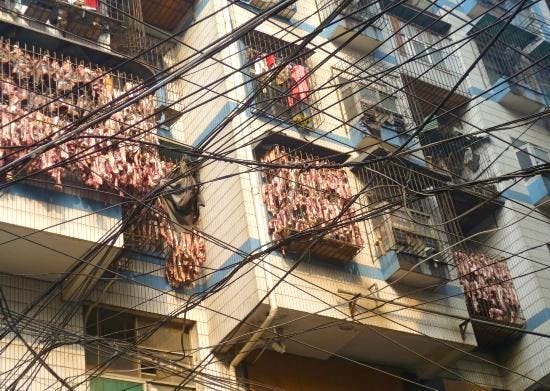 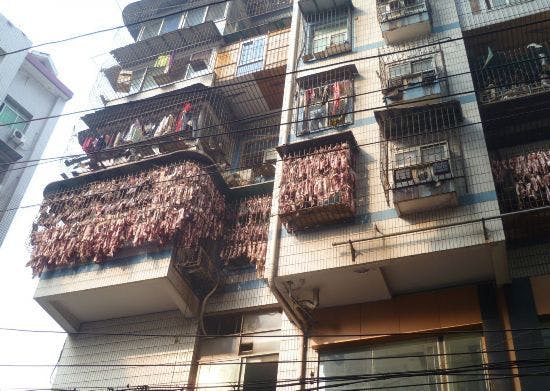 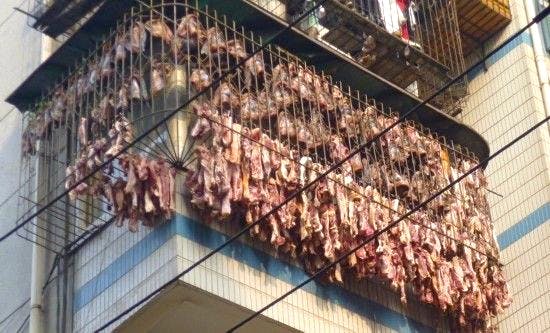