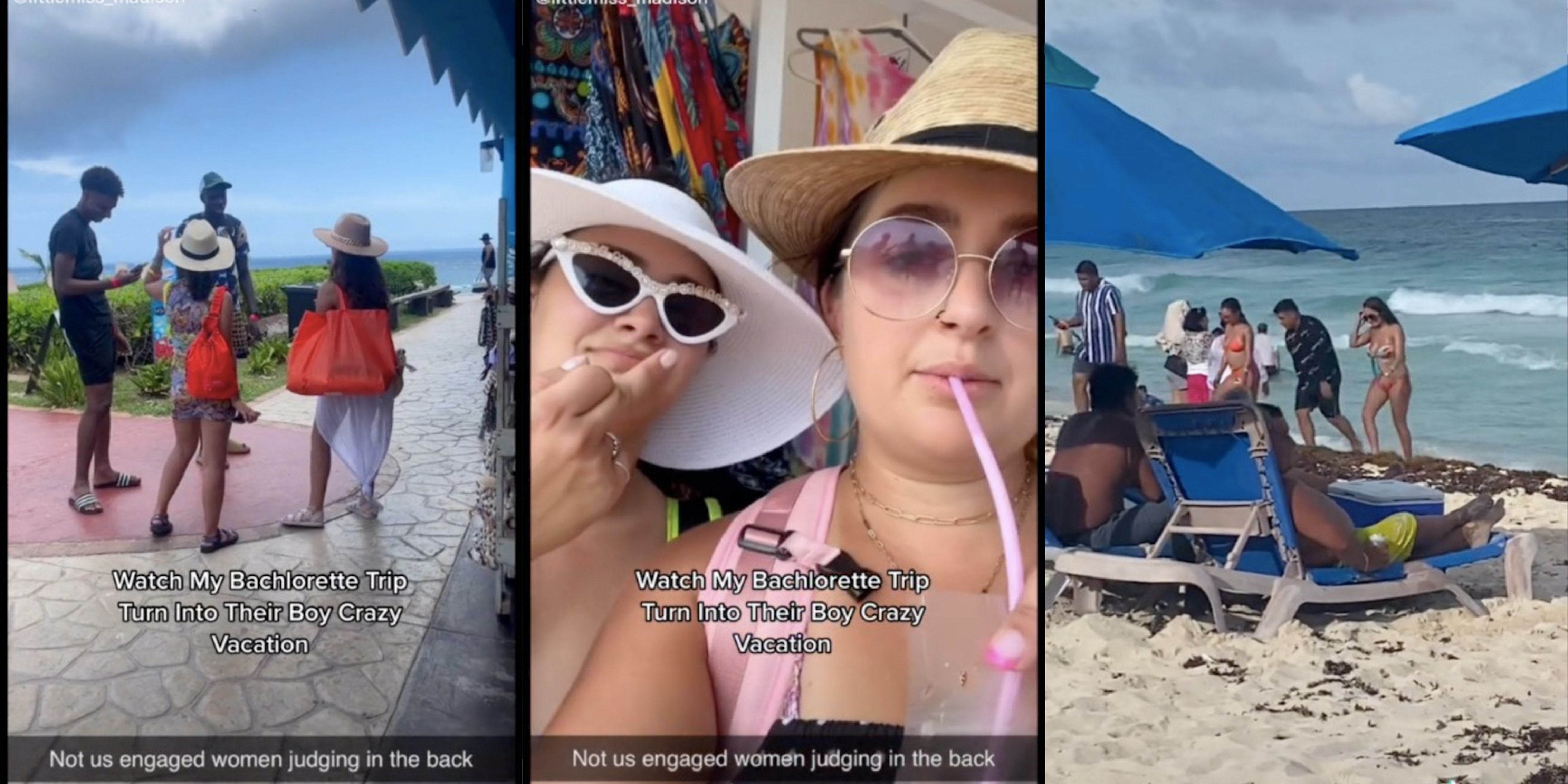 ‘I wish I was joking’: Bride-to-be says her friends flirted with men during her bachelorette trip, sparking debate

'Oooof, that is not the vibe.'

A bride-to-be has gone viral after posting a video which purports to show her friends flirting with men on her bachelorette trip.

In a video with over 18,000 views, TikTok user Madi (@littlemiss_madison) documents several women talking with men in an apparently flirty way.

“Watch My Bachelorette Trip Turn Into Their Boy Crazy Vacation,” she writes in the text overlaying the video. “Not us engaged women judging in the back.”

“I wish I was joking,” she adds in the caption.

In the comments section, many users expressed that what the friends did was wrong.

“Nah. we good. they can’t be in the party if they can’t pay attention to the bride,” one user wrote.

“Oooof, that is not the vibe,” another added.

“Embarrassing for them,” a third offered.

However, some took the opposing position, saying that if they were in Madi’s position, they would be happy to see their friends finding a connection with someone.

“This would make my wingwoman heart so happy,” shared a commenter.

A similar discussion took place several years ago on the Wedding Planning subreddit. In this post, a woman asks users how they would feel or what they would do if one of their bridesmaids wanted to ‘hook up’ with someone on their trip.

The response was similarly divided.

“I normally wouldn’t care. My friends have had one night stands before. But. Isn’t the point of a bachelorette party kindof… spending time with your friends?” asked a commenter. “I would personally be a little annoyed if one of my girls bailed halfway through the night. So. My loud ass probably would say something.”

“I’m with you,” agreed a user in response. “The bachelorette is supposed to be for you all to hang out together, not pick up a random shag.”

“Honestly, if you’re all adults presumably, and you really do respect your friend’s choices, as you say you do, why is this even a question?” asked an additional Redditor. “A woman’s sex life is really no one’s business but her own – whether she’s on a date or on a trip. Part of being a grown up is the ability to make one’s own choices without being judged or policed by one’s friends.”

The Daily Dot reached out to Madi via Instagram DM.