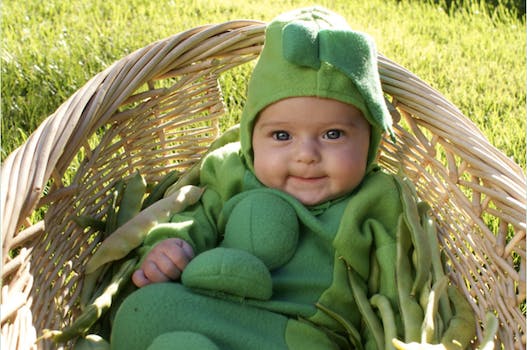 Why this baby has 170 Halloween costumes

Eighteen-month-old Lola stars in a photo-a-day project with her dad.

Every parent loves to share pictures of their baby, but father Josh Bloom doing it with a twist: His Tumblr blog, Lola Pearl in Costume, features his daughter, Lola, in a different Halloween costume every single day.

Lola is 18-months-old now and Bloom has been documenting her  get-ups last year, when he and his wife decided to participate in the famous Coney Island Mermaid Parade. Of course, he wanted to dress a then-one-month-old Lola up for the occasion. So he turned to Etsy, where he found what he calls “the perfect baby mermaid costume,” featuring a knit flower headband, pink top and green mermaid tail—plus a temporary tattoo to go with it. “She got so many oohs and ahhs and even won one of the official top costume prizes in the parade,” Bloom said. 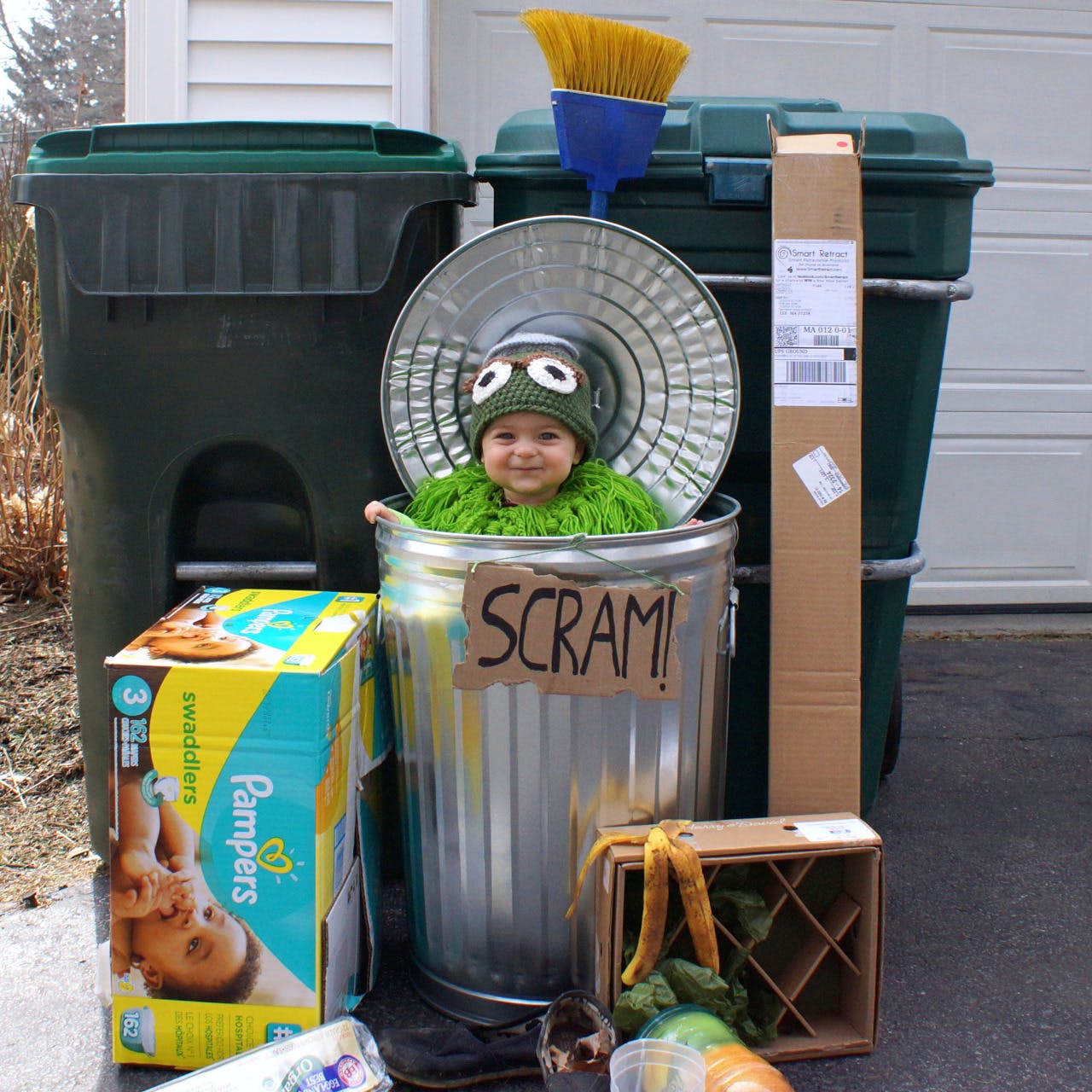 Inspired by a friend’s plan to make a photo calendar of his daughter in baby costumes, Bloom decided to try something similar. “I found out that you can get amazing deals on baby costumes on eBay,” he told The Daily Dot, continuing:

“I set a self-imposed spending limit of $5 including shipping and won a bunch of online auctions. I ended up with more costumes and pictures than I needed for a 12-month calendar, so I decided to go all out and commit to it being a longer-term special father-daughter project. After six months, I had enough pictures to turn them into a coffee table photo book that my wife and I gave to our immediate families. At that point, I decided why not continue the project and turn it into a photo-a-day blog beginning on her birthday in May and concluding on Halloween.”

That goal meant he’d need to amass 170 photos, which has meant taking one to three images per week to capture Lola from her earliest days into her current age of 18 months old. Lola has posed as everything from a chef to a Williamsburg Hipster to Wonder Women, along with a doctor, robot, football quarterback, cheerleader, Smurfette, a golfer, a gnome, Dorothy from The Wizard of Oz (complete with yellow brick road), Marty McFly from Back to the Future, and many more. 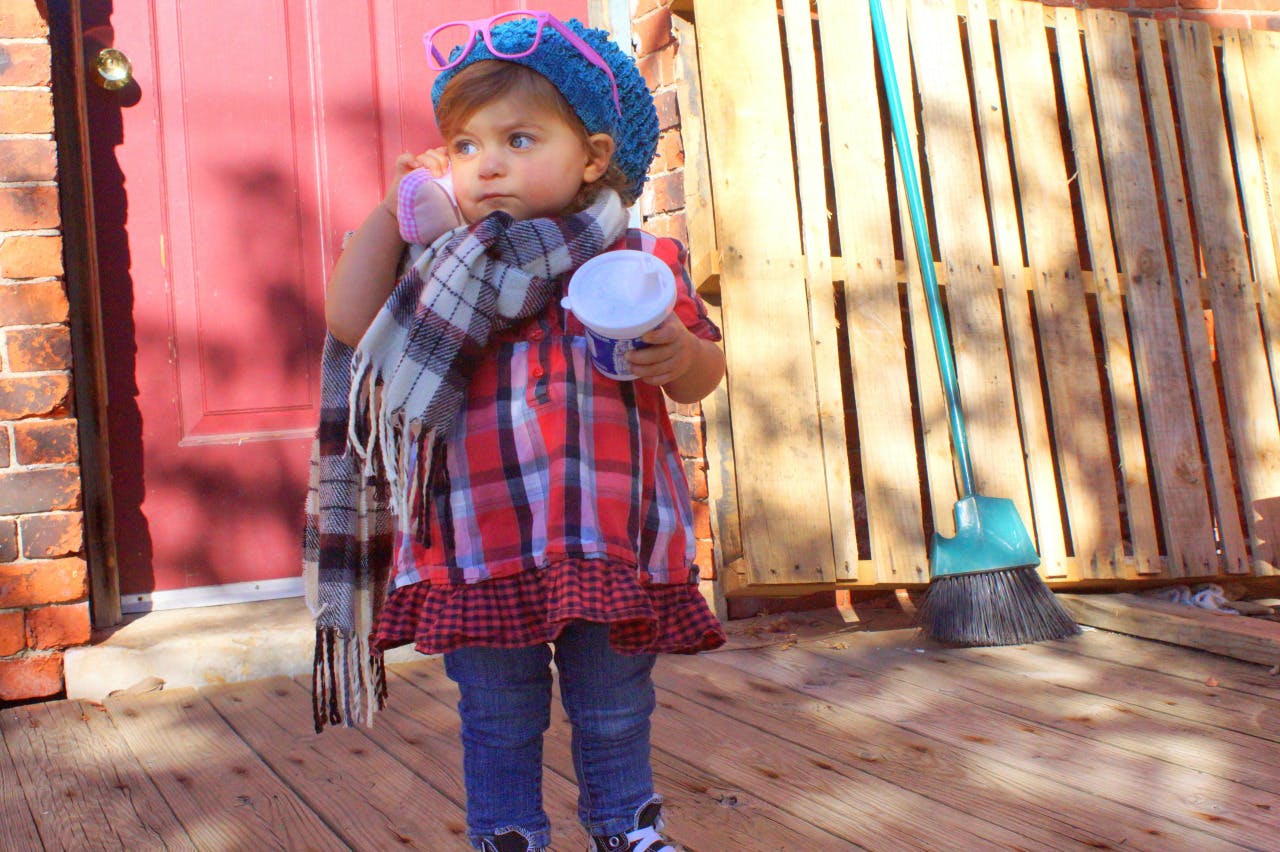 Where does Bloom get many of his ideas? He looks to Pinterest first and then he looks to see what’s available on eBay to complete the costume. Bloom snaps about 100-200 photos of Lola to select each one he’ll use on the blog. His eye for creativity shows, both in the vast range of costume selections, enhanced by props and accessories he scored at the dollar store, and the artistry of the images themselves.

Bloom, who lives in Western Massachusetts, said that some photos were simpler than others to pull off. “There have been pictures that were surprisingly easy, where she was all smiles and stayed in one spot, like the photo shoot of her as Oscar the Grouch,” he shared. “There have been many, many others which were more time consuming because she was a baby or a toddler with baby or toddler needs and emotions.” 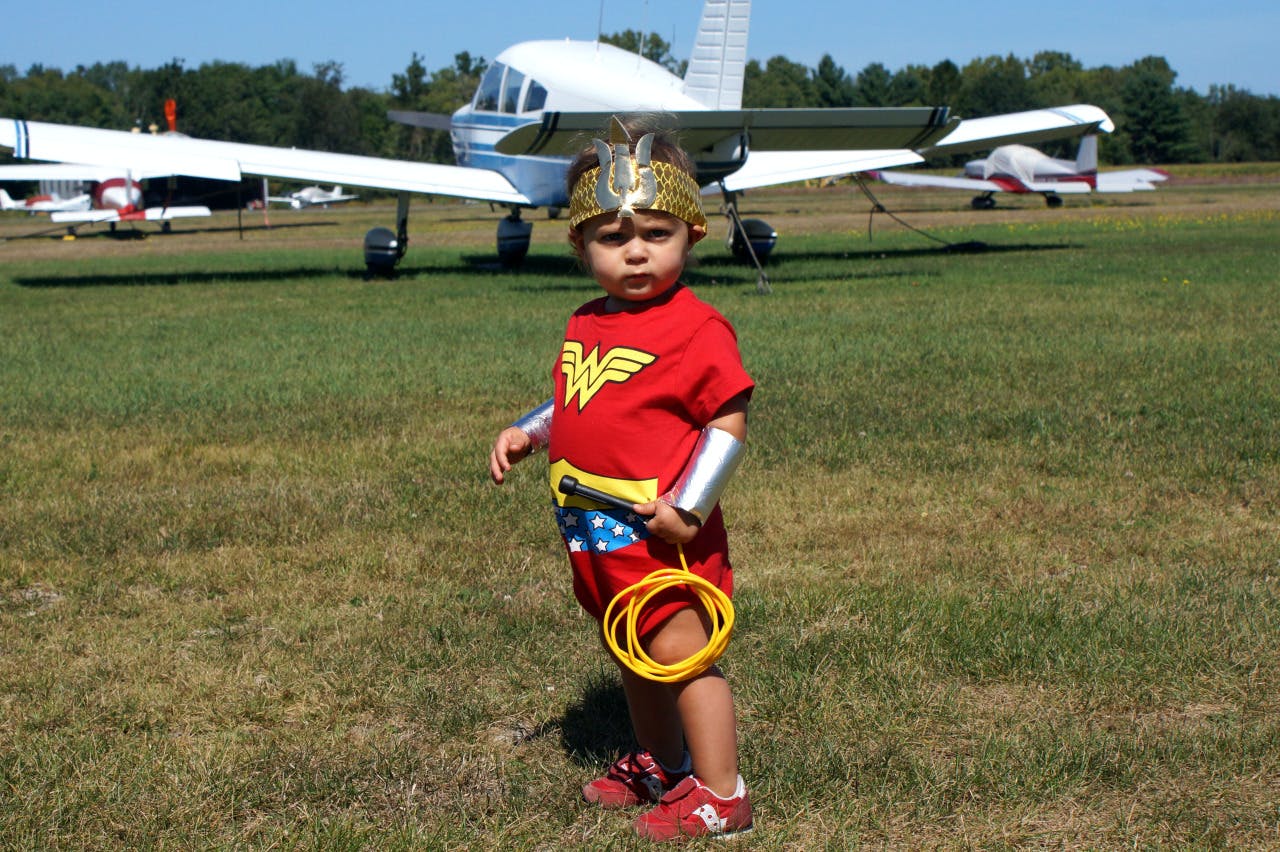 Parents who want to follow in Bloom’s footsteps and capture their child from babyhood onward, take note: age matters. “Photographing Lola has changed dramatically over the last 18 months,” Bloom explained. “The early pictures needed to be taken with her lying down, in her stroller, or in her basinet. She also occasionally fell asleep ‘on set.'” Some of his observations will be familiar to anyone who has worked with child models or child actors. “When she could hold her head up on her own, and then when she could sit up, it became a lot more fun and interactive for both of us,” Bloom continued. “By the time she started crawling, then walking, then running, I had to do a lot more following her lead and chasing after her to get a good shot; with mobility also came the need to take a whole lot more pictures than when she was younger.”As she’s grown, Lola has also made her preferences known. Bloom said she has a clear favorite: the red hat from her clown outfit, which her dad purchased for the whopping sum of 15 cents—including shipping. “‘Hat’ was one of her first words and she wants to wear the hat all the time,” he said. “[She] really loves it like a treasured doll or blankie.” 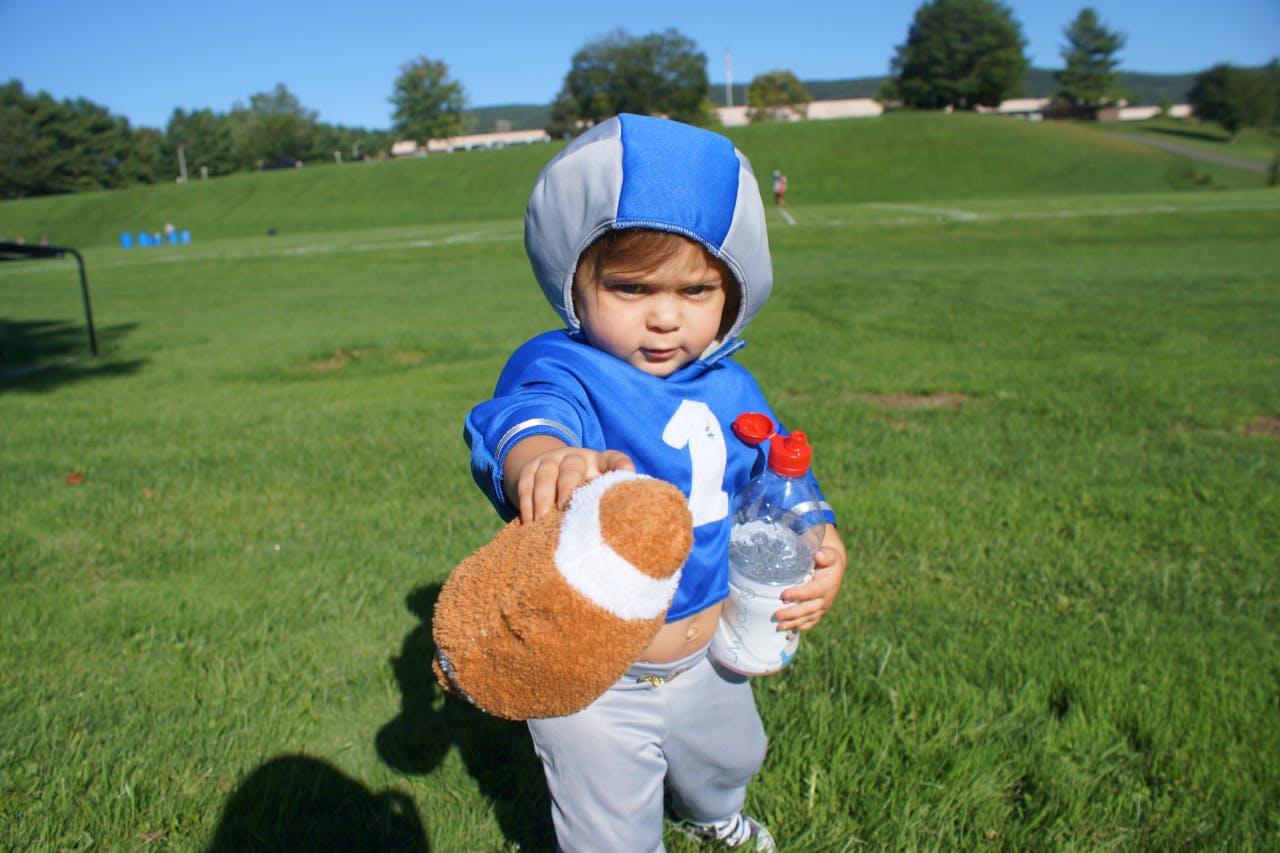 Most parents won’t take on a full-fledged project like Bloom and his daughter, but he still has useful advice for how to shop for Halloween costumes for little ones. “Don’t spend a lot of money on costumes,” he said. “Kids are likely only going to wear them once or twice. Search on eBay, consignment shops, thrift shops, and dollar stores.”

For general baby photography, Bloom said, “Based on my experience, the easiest ages to take pictures of young children is 4-10 months old, so take as many as you can in that sweet spot.” Even though older kids are liable to tear off a costume the moment you put it on them, Bloom believes it’s worth it. “Creating any special project between you and your child, whatever it is, can be a wonderful bonding experience and memories you will always have. If there are pictures involved, well, your child will be able to share in those memories throughout her or his life.”