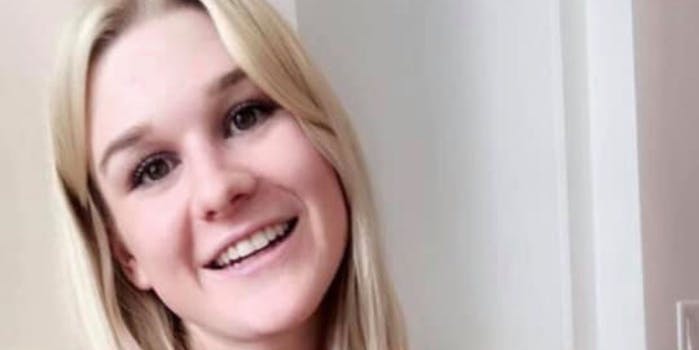 Ayoola Ajayi admitted to planning Mackenzie Lueck's murder before he even met her in person.

Ayoola Ajayi, a former tech worker in Utah, reportedly pleaded guilty on Wednesday to the aggravated murder of a 23-year-old college student in 2019.

Ajayi met Mackenzie Lueck on a dating app and planned her murder before he even met her in person, according to the Daily Mail.

According to his defense attorney, Ajayi met Lueck on Seeking Arrangement, a dating app that matches sugar daddies with sugar babies.

The 32-year-old picked Lueck, a University of Utah student, up at a local park in North Salt Lake, Utah, the Salt Lake Tribune reported on Wednesday.

According to the report, Lueck went missing in June 2019 after she flew into Salt Lake City, and took a Lyft to the park to meet Ajayi.

The pair had reportedly met on the app a year prior, and it is unclear if the park meetup was the first time they met in person.

Once the two went to his place, he allegedly tied Lueck’s hands behind her back and attempted to choke her with his hands before eventually strangling her with a belt. According to the police, she died of blunt force trauma to her head.

He allegedly burned her remains the next morning.

Police were able to track Lueck’s last message to Ajayi at the park, though he turned his phone off by the time he went back to Salt Lake City.

He is expected to be sentenced on Oct. 23.