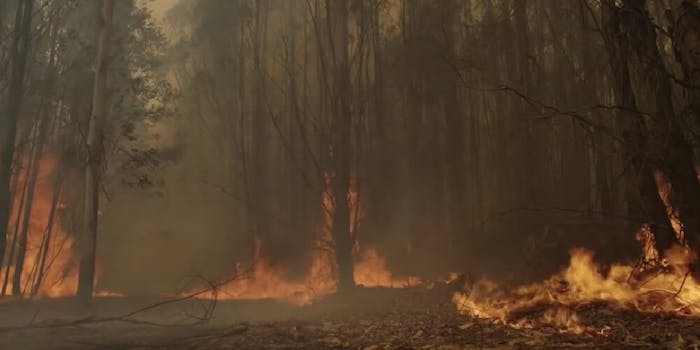 Australia is still burning and people across the planet are chipping in to do what they can to help save it. This often means we’re seeing some of the most creative fundraisers to ever grace the internet.

We all know that sex sells, and this certainly isn’t the first time the power of pleasure has been harnessed to benefit the earth. We’ve previously told you about Kaylen, aka The Naked Philanthropist, who raised more than $300,000 to help Australia after offering nudes to anyone who could prove they donated at least $10 to an approved charity.

I’m sending nudes to every person who donates atleast $10 to any one of these fundraisers for the wildfires in Australia. Every $10 you donate = one nude picture from me to your DM. You must send me confirmation that you donated.
Please RT #AustraliaOnFire #AustraliaFires pic.twitter.com/VIgzCUy6Wf

On an even larger scale, OKCupid has released research revealing a sharp increase in mentions of the environment or climate change in users’ dating profiles, suggesting that, as Gizmodo points out, caring about the environment can get you laid.