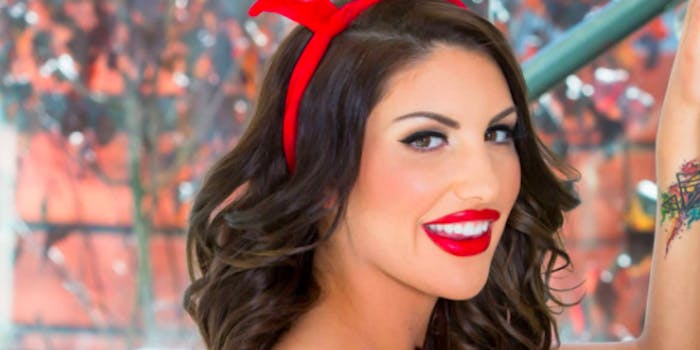 “She was the kindest person I ever knew and she meant the world to me,” Ames’ husband Kevin Moore said in a statement. “Please leave this as a private family matter in this difficult time.”

The cause of death has not been disclosed, according to XBIZ.

The actress defended herself, saying she could choose who she wanted to work with and that she was not homophobic since she was attracted to women.

Following her death, friends of Ames and others indicated she was suffering from depression and dealing with online bullying.

My heart is broken for my industry sister. People are cruel and depression is a bitch. Please be good to each other. #RIPAugust https://t.co/eX2z2ip9EL

FUCK ALL OF YOU WHO TWEETED AT HER YESTERDAY (FANS AND PERFORMERS) MAKING HER FEEL BAD ABOUT HER OWN DECISION WITH HER BODY!!!!!!! STOP FUCKING BULLYING!!!!!!!

NO ADULT IN THIS INDUSTRY. MOST OF ALL THIS INDUSTRY AND I MEAN NO-FUCKING-BODY HAS TO EVER WORK WITH SOMEONE THEY DON'T WANT. WE COMPROMISE ENOUGH. KEEP YOUR FUCKING FEELINGS TO YOUR SELF IF YOU CAN'T EXCEPT ANOTHER HUMANS CHOICE. YOU HATEFUL FUCKS.

Like everyone else we're just hearing about @AugustAmesxxx and we're devastated. Our thoughts go out to her friends and family. Heartbreaking news. RIP