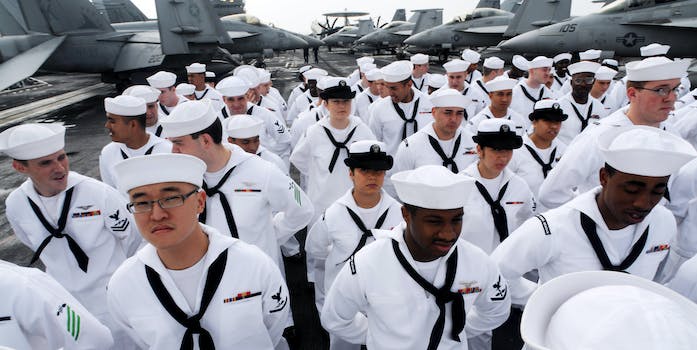 Officials aren't quite sure why.

The number of sexual assault reports at U.S. Navy and Army military academies has increased over the past year.

According to an annual report from the Department of Defense based on anonymous surveys, the U.S. Military Academy at West Point, New York, received 26 reports, up from 17 the previous year, and the U.S. Naval Academy in Annapolis, Maryland, received three more reports from the year prior, Reuters reported.

Reporting across all military academies has decreased, however, as total reports fell from 91 to 86, with the Air Force Academy seeing a drop from 49 to 32, according to the Associated Press.

“This year’s survey results underscore the unique challenges the academies face in sustaining long-term decreases in the occurrence of sexual assault,” an accompanying Pentagon statement read.

Though Pentagon and military officials take the increase as a positive indication that more people are reporting assault and have “confidence in the system,” those numbers still give no indication of how many assaults are going unreported.

The survey showed that more than 12 percent of women and nearly 2 percent of men in the military have experienced unwanted sexual contact. A majority of students who were surveyed but didn’t report said they didn’t because they didn’t consider the assault serious enough, and instead avoided the assailant.

Officials also struggled to identify the reason for the rise in reported assaults, with some contributing it to student leaders’ willingness to enforce sexual assault prevention programs.

However, the rise in reports could possibly be indicative of the military’s culture as a whole. Last week, a Marine Corps scandal broke involving thousands of male Marines sharing and viewing nude and clothed photos of female Marines. On March 14, General Robert Neller, commandant of the Marine Corps, received a grilling from senators Kirsten Gillibrand (D-NY) and Jeanne Shaheen from (D-NH) for the corps’s lack of commitment to confronting those accountable and to changing ineffective protocol over the past five years.

“When you say to us, ‘It’s got to be different,’ that rings hollow,” Gillibrand told Neller. “If we can’t crack Facebook, how are we supposed to confront Russian aggression and cyber-hacking throughout our military?”

Neller’s response rang “lame,” in his own words.

“This is a problem with our culture. I don’t have a good answer for you. I’m not going to sit here and duck around this thing. I’m not. I’m responsible. I’m the commandant,” Neller said. “I own this, and we’re going to have to change how we see ourselves and how we treat each other.”