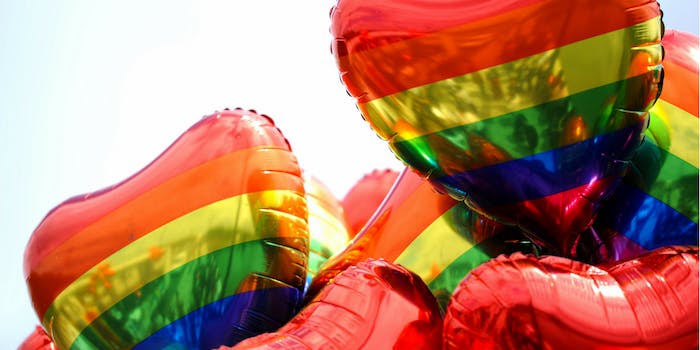 The state supreme court has spoken.

According to the Arizona Daily Sun, the Arizona Supreme Court ruled Tuesday in the case of McLaughlin vs. McLaughlin, in which a woman filed for custody after her spouse, the biological mother, cut off her contact to the child.

Suzan McLaughlin, the non-biological parent, had filed for divorce and parenting time, citing Arizona’s law that the “husband” is deemed the parent of any child born within 10 months of a marriage. However, Kimberly McLaughlin appealed under the logic that the law only applies if the other spouse is male.

In his majority opinion, Chief Justice Scott Bales wrote that Arizona laws that operate on the basis of paternity and use masculine nouns or pronouns are inconsistent with the nationwide gay marriage ruling, and therefore violate the U.S. Constitution’s Equal Protection Amendment. For the McLaughlin’s case, Bales conceded that the non-biological mother couldn’t be related to the child the couple had together, unlike the presumptive paternity taken on by husbands under Arizona’s laws, but that it didn’t matter.

Bales wrote that by denying same-sex couples the same marriage benefits as opposite-sex couples, gay families are demeaned and stigmatized, as the denial teaches others that gay families themselves are “other.”

“Describing marriage as ‘a keystone of our social order,’ the court noted that states have ‘made marriage the basis for an expanding list of governmental rights, benefits and responsibilities,’ such as ‘child custody, support, and visitation rules,”’ Bales wrote, quoting from the 2015 ruling.

“Denying same-sex couples the same legal treatment in marriage and all the benefits afforded opposite-sex couples works a grave and continuing harm on gays and lesbians in various ways—demeaning them, humiliating and stigmatizing their children and family units, and teaching society that they are inferior in important respects.”

Despite the ruling broadening gay rights, the implementation of such laws could be more complicated. Bales said individual laws regarding marriage benefits could be made void on a case-by-case basis as more gay couples sue for nondiscrimination, but that it would be better for the state’s Republican governor and lawmakers to repeal discriminatory laws.