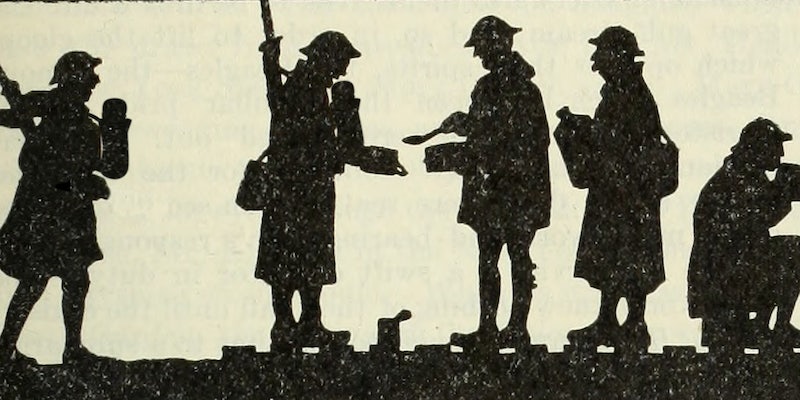 For when you need to take your baby to war.

According to mom blogs, moms are always on the hunt for stylish diaper bags. Which is really just any large bag with a lot of compartments and pockets (or not, since you can buy diaper bag inserts). Still, every blog has a service-y list of the most fashionable, covetable diaper bags that will ensure Mom can carry all her baby stuff while maintaining her individual sense of style.

But what if you’re a dad who wants to maintain his carefully crafted (masculine) sense of style while still carrying around his kid? Well, then it’s time to get tactical. 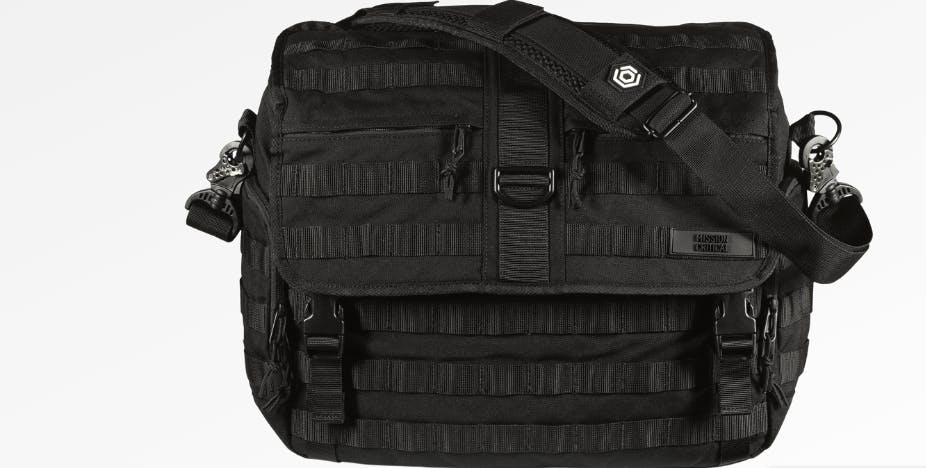 The video for it on FatherlyHQ is intentionally goofy, arguing the baby carrier allows you to “look like a total badass” with a baby strapped to you, and featuring a gaggle of “hot” moms dropping their jaws at the buff, handsome dad toting his tot.

While men scrambling for anything with a military aesthetic so they can appear tough no matter what the activity is certainly eye-roll inducing, it’s only a reaction to a society that tends to punish men for having “style” versus, you know, “a style” like “military.” Men have a hard time in the bag department. Small totes and shoulder bags are dismissed as “murses.” Wear it across the body, and it’s a messenger bag (which is what Mission Critical calls its diaper bag), because a bag for dudes needs to be declared as purposeful. The image of a man holding his girlfriend’s clutch is regularly used for emasculating humor. Then there is the fact that men’s clothing has big pockets so they don’t need bags.

So when a situation arises in which a man has something he can’t put in a pocket, like a diaper and a wad of wipes, there may be panic, because everything else on the market is advertised for women, or as “unisex” options with feminine overtones.

That’s because childcare is still associated with womanhood, an unnecessary notion that has been perpetuated enough that it’s true: Women still make overwhelmingly more career and social sacrifices than men in order to care for their children; moms still spend twice as much time as children than dads do. However, fathers today are less likely to believe their co-parents should be stay-at-home moms, and more and more dads are assuming the role actively and as their primary identity. There are dad blogs, dad parenting groups, and dads who say society doesn’t respect them enough as caregivers.

Being an involved father is taking a more prominent role in what makes a “good man.” But since much of manhood and masculinity is based on a rejection of femininity, fathers who are concerned with being “men” are put in a bind. If being a good dad is important, but being a good dad means doing all the things good moms do, then how do you separate yourself?

If having a “tactical” baby carrier helps some men have more pride in fatherhood by keeping them comfortable in their masculinity, then so be it. There are bigger fish to fry. Just as long as they know that childcare should never have been just “women’s work” in the first place.