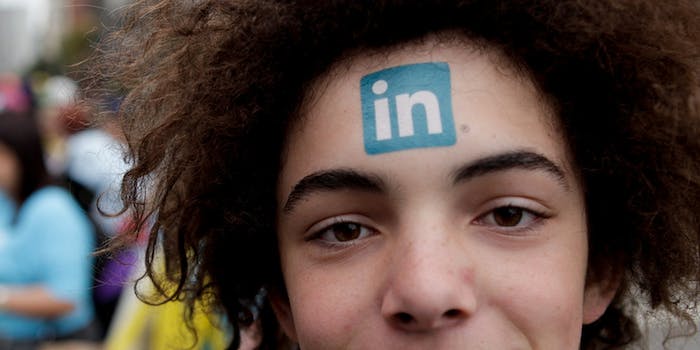 Sure, it's just LinkedIn. But still...

Remember when 6.4 million LinkedIn passwords were stolen back in June of 2012? Remember how afterwards you couldn’t quite muster the energy to log into LinkedIn and change your password and so instead you reassured yourself the odds anyone would actually break into your account were too small to worry about?

No? Well German artist Aram Bartholl does. And in a new exhibit called “Forgot Your Password” he’s published the 4.7 million of the stolen passwords in an eight-binder compendium on display in museums around Europe.

As Motherboard reported, Bartholl, whose are often contemplates issues of the Internet age, is inviting museum-goers to look up their password, to see if theirs was in fact stolen and to confront the notion that their private information now exists in a public space.

Bartholl’s project stands as a reminder that despite the casual way we often conceive of our online lives, it is becoming increasingly true that they have real-world consequences we must confront.

Former intelligence contractor Edward Snowden’s recent leaks about the National Security Agency’s online surveillance make Bartholl’s point all the more relevant. (The leaks, in fact, began exactly one year after the LinkedIn hack.) Snowden showed that, for better or worse, nearly everything we do online is to some degree recorded and analyzed. If there was ever a time to begin thinking more critically about the personal information we entrust to the digital world, it’s now.

Photo by A Name Like Sheilds Can Make You Defensive/Flickr