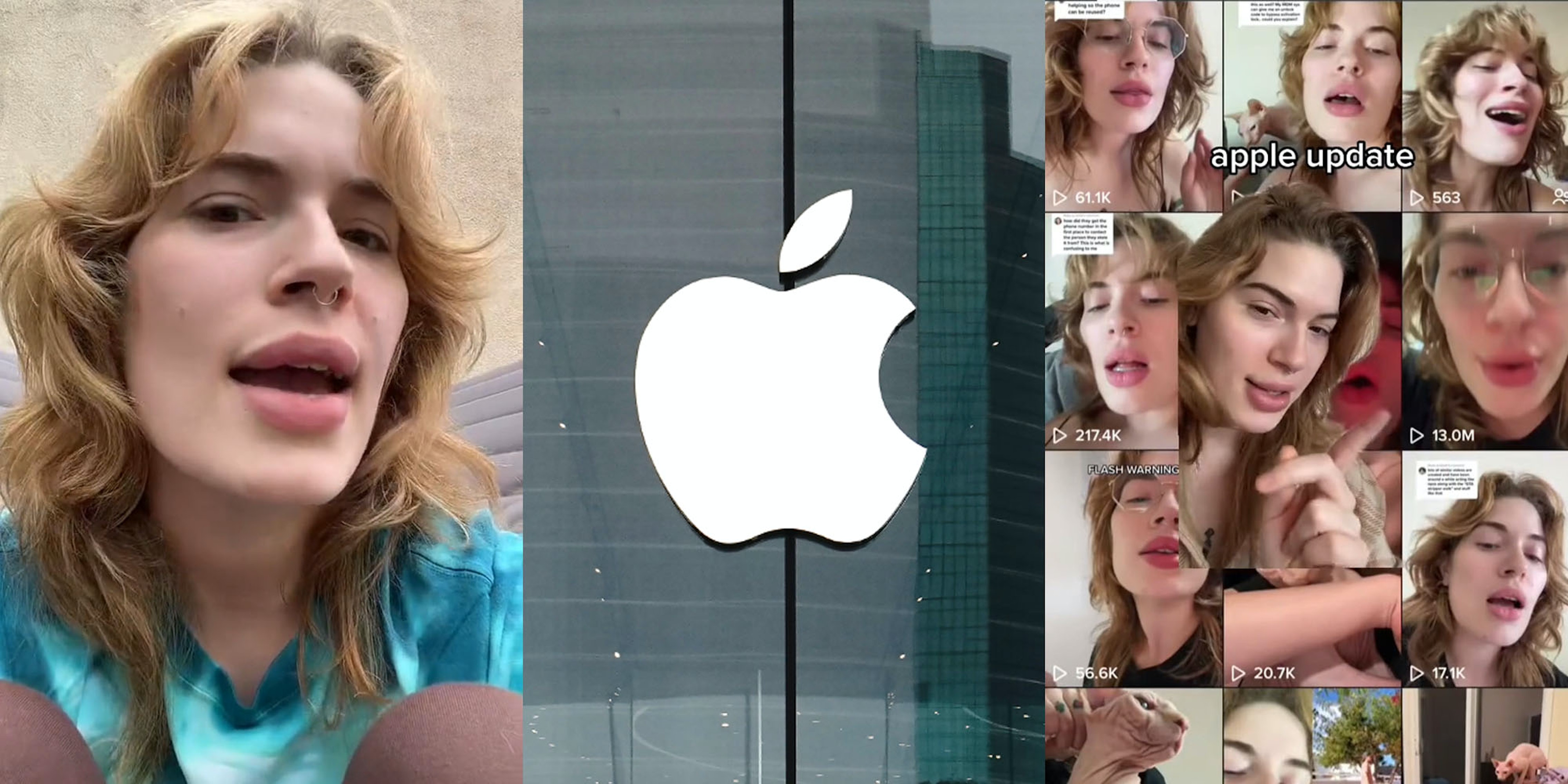 'The whole reason that they were trying to fire me in the first place wasn’t because of a TikTok video.'

A TikToker who previously made headlines for publicly asking Apple not to fire her over one of her videos just shared an update on the situation, and it’s not a good look for the company.

Hardware engineer and Apple employee of six years Paris Campbell (@stopitparis) made waves over the summer when she replied to a fellow TikToker who had her iPhone stolen and needed information about a scam someone was trying to pull on her to get her to de-link the phone from her Apple account.

In the process, she identified herself as an Apple employee, which allegedly caused the company to consider firing her, despite Campbell’s conviction that she didn’t violate the company’s social media policy, only shared publicly available information, and actually made Apple look good.

Although she didn’t get fired for the video, the TikToker recently shared an update saying she was let go from her job on Friday. She says it was due to her medical leave—which was actually the reason behind the inane investigation into her TikTok video from the start.

“The whole reason that they were trying to fire me in the first place wasn’t because of a TikTok video,” she explains. “For the last year, I have been on a medical leave that Apple put into place for people who had COVID, or who had long COVID, or had complications from COVID, and then this past Friday, they finally fired me for that leave.”

As Campbell tells it, she got a mild case of COVID early on in the pandemic but she tested positive again shortly after Apple asked its employees to return to the office. Campbell says she was much sicker that time around and went on medical leave for long COVID. Three months into that leave, she contracted COVID a third time.

When the pandemic began, Campbell says Apple expanded their medical leave policies for those impacted by COVID. This is confirmed in a March 2020 press release from the company, though it’s unclear how those policies have changed since.

“That made everything worse, I got a lot sicker, but Apple was like, ‘Stay on the leave, that’s what it’s there for, we hope you feel better,’ so supportive, blah blah blah,” she claims. “Cut to when I get a phone call randomly one day that they are investigating me for this video.”

When that led to nothing, Campbell says the company sent numerous letters to her old apartment, which had burned down earlier in the year, demanding her personal medical documents to justify her leave. As she never received the letters, and thus didn’t know about the demands, she was informed via email that she was being let go.

“And then the day after, I tested positive for COVID again,” she adds.

A number of viewers who had been following the saga expressed hope that Campbell would pursue action against Apple over her termination, with one noting “these big corporations depend on ppl being too scared to start with them.”

In an email interview with the Daily Dot, Campbell said Apple was wrong for firing her and that she is looking into the possibility of taking legal action against the company.

Campbell explained that during the last few months of her medical leave, Apple sent all communication to her apartment, which the company knew burned down in July.

“I believe they may have done this as a way of giving me no options to attempt to keep my job, because they then conveniently e-mailed me my termination letter at the end, instead of sending it to my old address,” she wrote.

Campbell said she believes Apple wanted to fire her for either the TikTok or her medical leave, but she is unsure which incident is the primary factor in her termination.

“The situation has been pretty devastating, especially being a single mother having recently lost my home,” she added.

The Daily Dot reached out to Apple via email.