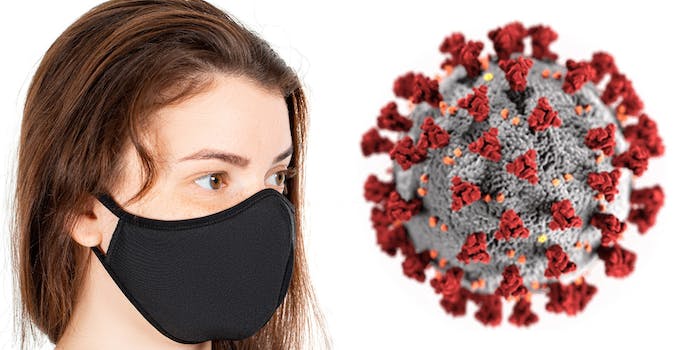 'Didn't your dad die because of COVID?'

A woman on Facebook went on a lengthy rant over face masks despite the fact that her father reportedly died from the coronavirus.

The post, which received more than 18,000 upvotes after being shared to Reddit on Saturday, is filled with numerous false claims regarding face coverings. Its origins remain unknown.

“F**k u and your rule and the idiot who signed this mask shit in to place,” the typo-ridden post begins. “I AINT WEARING A MASK, U WILL NOT FORCE ME TO CRUSH MY IMMUNE SYSTEM SO I CANT FIGHT.”

Conspiracy theorists who refuse to wear masks regularly cite alleged health dangers even though such claims have been thoroughly debunked.

“You can all kiss my ass, that circle k was the last store i enter and be forced literally people talking shit till I put that bitch on when I only needed the atm I didn’t need service,” the woman says, expressing outrage at being asked to wear a mask while in public.

“The dispensary is the only business who will get my respect and I’ll put on a mask for,” she adds. “I ain’t leaving the house now MO!!!!”

As is the case with many opponents of masks, the woman goes on to suggest that the majority of people do not know the “truth” like her.

“F**CK SOCIETY YALL ARE STUPID EDUCATE YOUSELF WITH THE TRUTH INSTEAD OF THE MEDIA,” she says.

The tirade appeared to confuse at least one user who appeared to know that the woman’s father had died from COVID-19.

“Didn’t your dad die because of COVID?” the user asks.

“Yes he did,” the woman replies.

The post is just one of a growing number of instances in which individuals have downplayed the deadly disease despite its devastating consequences for hundreds of thousands across the globe.

For many, the discovery of COVID-19’s seriousness often comes too late.

Earlier this month a 37-year-old man died from the coronavirus just months after stating online that he would never wear a face mask.