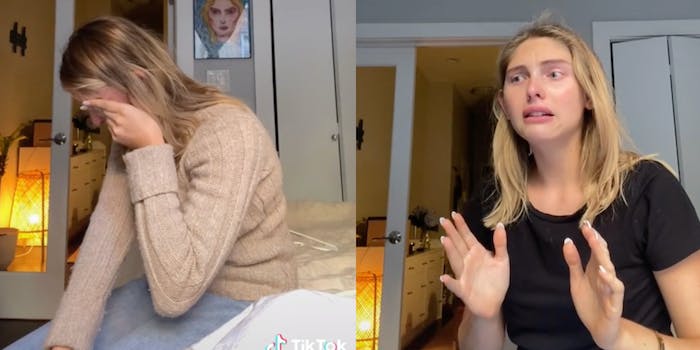 ‘We want to see your bones’: Model calls out casting director for telling her to lose weight in viral TikTok

A New York City-based TikToker and model Anna Gantt, 22, went viral after posting a TikTok where she slammed the fashion industry for its unhealthy size expectations.

In the video, which has racked up 14.5 million views since being uploaded on Oct. 21, Gantt bursts into tears and said she got her feelings hurt by a producer and casting director who asked her to lose weight.

For context, Gantt explains that she’s been modeling since 2014, when she was a teenager. Since then, she said she’s gained 35 pounds and has gone from a size 0/2 to a 4/6.

“I’m shit on every day because I’m not a skeleton, and I’m not unhealthy anymore,” she said.

Gantt didn’t reveal the name of the agency that asked her to lose weight, but apparently the casting director and producer said she needed to, as they wanted to “see her bones.”

The model concludes with saying she’s “fucking done” with the industry.

Gantt’s video has over 14 million views. Many people, including fellow models, shared their support for Gantt, too.

“Eff them. You’re stunning,” wrote model Tess Holliday. “The industry needs to change, not you.”

“This is heartbreaking,” wrote the TikTok account for Council of Fashion Designers of America. “You are beautiful.”

The Daily Dot has reached out to Gantt via TikTok comment.