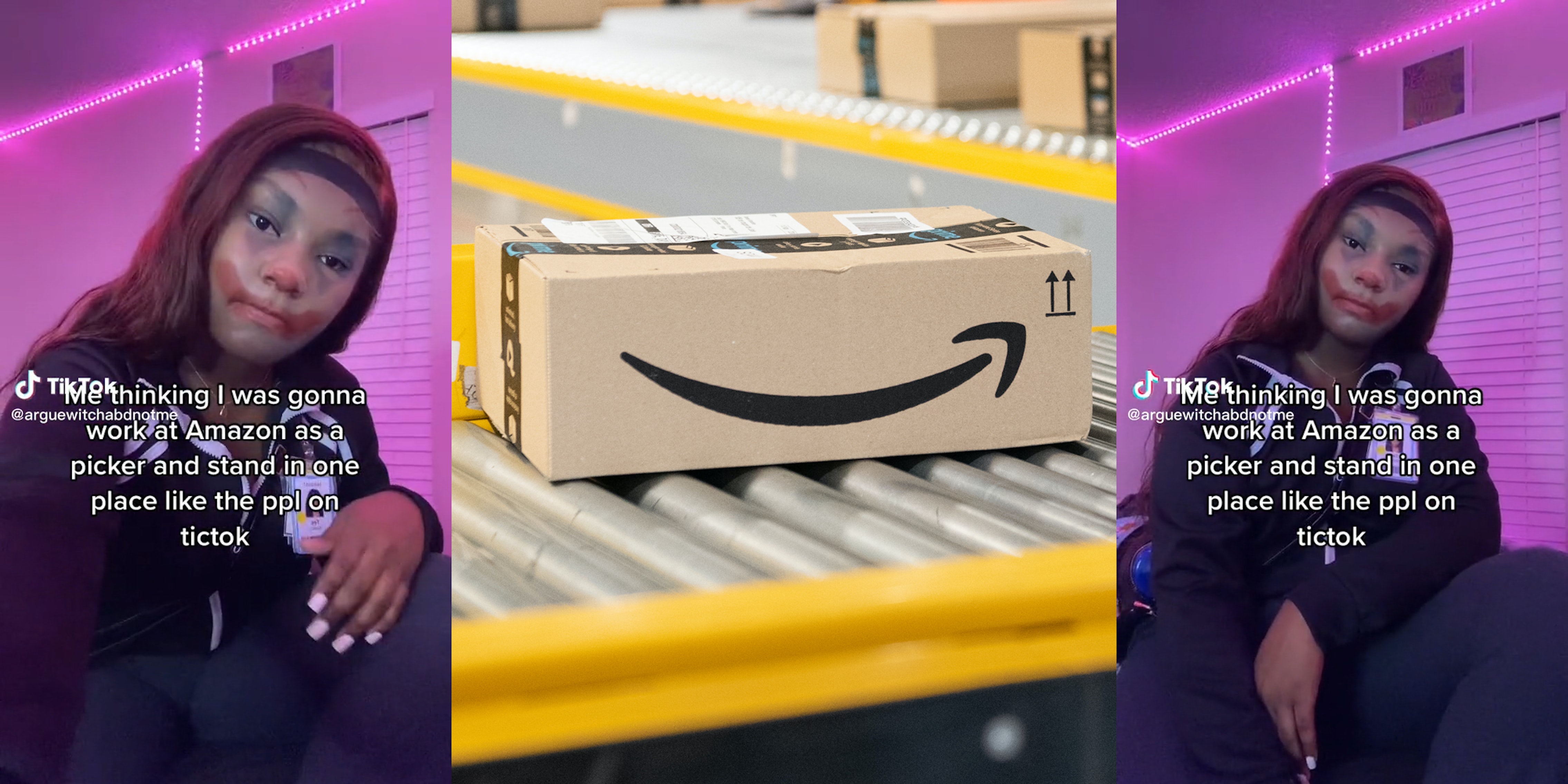 ‘It’s tiring and you’re not allow to sit at all even’: Amazon warehouse worker says she feels foolish for taking job based on how it was portrayed on TikTok

An alleged Amazon employee on TikTok let viewers know the job she got at the company is nothing like how social media makes it seem.

In a short video, TikTok user @arguewitchabdnotme essentially says that she feels foolish for taking a job based on how it was portrayed online. She dons fake clown makeup while text overlay on the screen reads: “Me thinking I was gonna work at Amazon as a picker and stand in one place like the ppl on [TikTok].”

The TikTok’s caption further explains the issues @arguewitchabdnotme has with her Amazon job. “Walking 10 miles a mfkn shift,” it reads.

It’s not clear what her specific job duties are, nor what work requires her to walk 10 miles per shift.

According to CLIMB, “pickers” are responsible for getting items from shelves and packaging them for shipment. They warn, however, that “the job of an Amazon picker requires a lot of physical stamina. They must be able to stand for long periods of time while performing repetitive motions with their arms and hands. The pace is also fast-paced as they are expected to retrieve items quickly and efficiently.”

In the comments of @arguewitchabdnotme’s video, a number of fellow Amazon employees attested to the company’s fast-pace—and how it affected them while working there.

“Thought I was gon be able to make TikToks and all,” wrote one user. “LMAO Amazon is not for the weak!!!!”

“From being a picker, it’s not fun,” reads another comment. “It’s tiring and you’re not allow[ed] to sit at all even if you have no work.”

@arguewitchabdnotme hasn’t stated publicly whether she’s left the company—or has plans to.

The Daily Dot reached out to @arguewitchabdnotme via TikTok comment and Amazon by email.