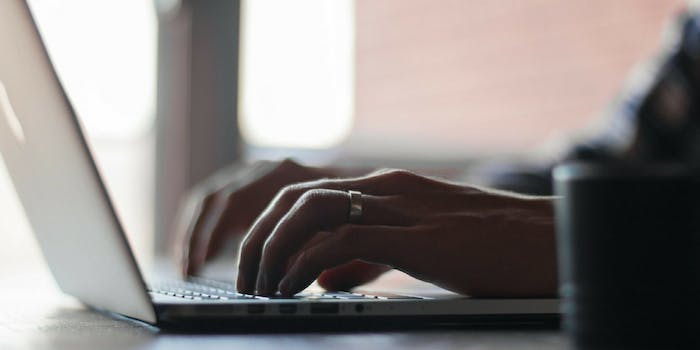 Sex-trafficked women service hundreds of men in the Seattle tech industry every day.

“Hundreds” of emails sent by employees at Seattle tech companies including Amazon, Microsoft, and Oracle solicited sex from women provided by sex traffickers.

According to a report from Newsweek, prostitution “hobbyists” (the term men use to describe their affinity for purchasing sex) working at the aforementioned companies sent emails through their work accounts in order to verify their identity to pimps and prove they weren’t cops. Newsweek obtained the emails through a public records request with the King County Prosecutor’s Office in Seattle.

The documents date back between 2014 and 2016, with 67 emails sent from Microsoft addresses, 63 from Amazon, and dozens more from companies with Seattle offices, including Oracle and T-Mobile. Newsweek has not identified the men behind the emails, as they have not been charged. Authorities say the emails are only a tiny percentage of the exchanges between men in the tech industry and sex traffickers, and that trafficked women service hundreds of men a day in Seattle, sometimes up to 15 men a day each.

Some of the emails were obtained in a 2015 sting operation of three online review boards where up to 18,000 men rated and reviewed sex workers. 17 men and one woman were arrested, with two respective Amazon and Microsoft directors opting for a trial. Newsweek reported Seattle’s review boards as “unusual,” in that some men congregated publicly to compare notes over women.

Seattle police infiltrated one group, which called themselves “the League of Extraordinary Gentlemen,” and recorded some admissions by its members. Sex workers rated on the boards were not arrested.

While the 2015 sting was criticized by sex worker advocates, Alisa Bernard, a former sex worker reviewed on the boards, told ABC News in June that review boards don’t ensure a sex worker’s safety.

“There’s a perception of safety because there’s this, ‘Oh, well, you have to go through this board, and it’s online, and look how clean it is,'” Bernard said. “I had been raped multiple times. I was held against my will at least once. I was strangled, and these were all by Review Board guys so, you know, again, your line keeps getting pushed further and further and further to get those good reviews.”

Microsoft responded to Newsweek‘s requests for comment by stating that the personal conduct of those employees does not represent the company culture, while Amazon stated it investigates and takes actions against criminal conduct facilitated by company resources.